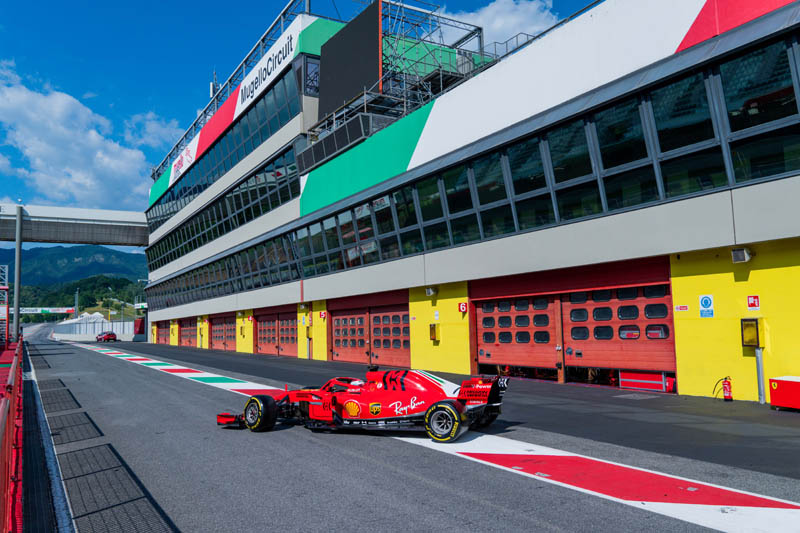 It is understood that an agreement between Mugello and Formula One has been made for the Italian circuit to host the ninth race of the year which coincides with Ferrari’s 1000th Grand Prix.

On Wednesday, McLaren CEO Zak Brown told RaceFans that Mugello was “pretty likely” to make its Grand Prix debut in 2020.

Now, a report from AMuS claims that a deal has already been struck between the circuit and F1 bosses with a race scheduled for 13th September.

If the reports are true, that would create a Spa, Monza and Mugello triple header which is expected to be followed by a two-week break.

This development will mean that Ferrari, who tested at Mugello earlier in the week, will celebrate their 1000th Grand Prix on home soil. The marque has competed in F1 since 1950 but have missed 25 races due to politics, travel and out of respect for fellow competitors.

Following the test, Vettel has said that the ‘spectacular’ Mugello circuit was deserving of a spot on the 2020 calendar. Former teammate Daniel Ricciardo joined Vettel in praising the Tuscan track saying ‘2020 cars around there would be insane’.

The first of the Italian Grands Prix is the last of the confirmed races at present. Although Imola boss Uberto Selvatico Estense has been pushing for an Italian triple header, sources are saying that there are no plans for three separate races in Italy. This is supposedly due to concerns over the Imola pitlane.

Instead, F1 are still considering Hockenheim or a return to Portugal at Portimao.  The belief at the moment is that a race in Germany would replace Russia and we would then pay a visit to the Algarve in the first week of October.

While we still await official confirmation, AMuS’s reports have been backed up by Tony Parkes of the New York Times but only time itself will tell.