Getting a W Series driver into F1 is the ‘ultimate ambition’ 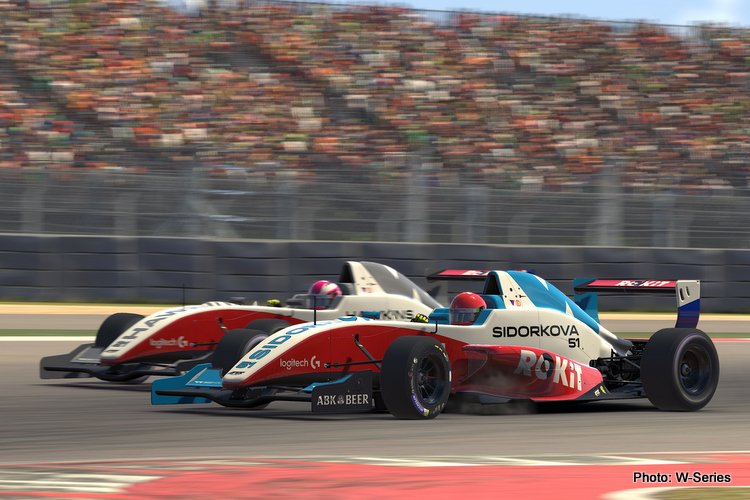 Allowing a former W Series driver to earn a seat in Formula 1 is the championship’s ultimate ambition according to communications director Matt Bishop.

Sidorkova is now just 27 points behind championship leader Beitske Visser and is part of an exciting core of teenage talent making a mark in the Esports world.

Fifth in the standings is 19-year-old Marta Garcia, who was a real life race winner at the Norisring last season, while 18-year-old Nerea Marti is seventh overall.

“We have a couple of drivers in their 30s, in fact one of our more successful drivers Emma Kimilainen is in her 30s and is a mother,” Bishop said.

“We want to drive more female drivers in to the higher echelons of international single seater racing, F3, F2 and I am not predicting it but our ultimate ambition is Formula 1. With Emma Kimilainen she has won races on track and on sim, but she is not going to make F1 because the timing is wrong, but perhaps Ira Sidorkova, who knows. She turns 17 tomorrow.”

The W Series Esports League continues next Thursday, with the drivers tackling the popular Interlagos circuit.