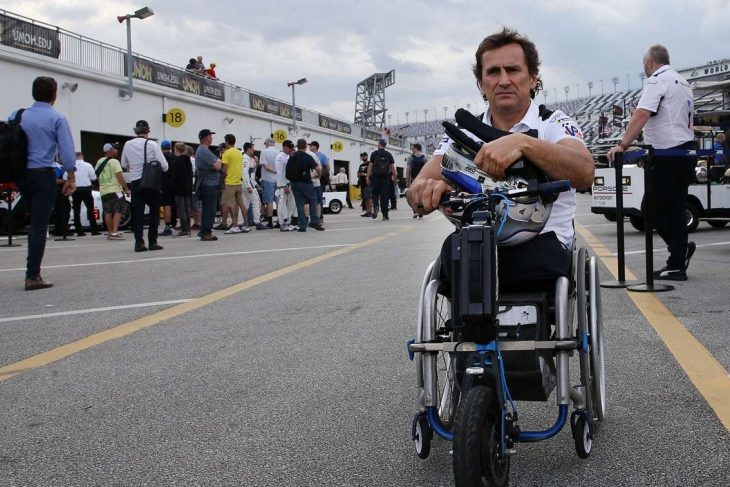 Former F1 and CART driver Alex Zanardi has been placed in an ICU unit in Italy after receiving emergency surgery.

The 53-year-old was involved in an accident during the Obiettivo Tricolore handbike race in which he sustained severe head injuries. After being airlifted to the Santa Maria alle Scotte hospital in .

Although conscious after the accident, Zanardi had to undergo neurosurgical and maxillofacial surgery shortly after arrival. A statement from the Santa Maria alle Scotte hospital reads:

He was involved in a road accident in the province of Siena. Zanardi was transported with the Pegaso helicopter and landed at the hospital in Siena at 6pm (local time).

Regarding the clinical conditions of Alex Zanardi, hospitalised in very serious conditions at the Santa Maria alle Scotte polyclinic due to a road accident in the province of Siena, the Health Directorate of the AOU [Azienda Ospedaliera Universitaria] Senese informs that the neurosurgical and maxillofacial intervention to which the athlete was subjected, due to the severe head injury, started shortly after 19:00 and ended shortly before 22:00.

The patient was then transferred to intensive care, with a reserved prognosis. His health conditions are very serious.”

Zanardi’s motorsport career saw him race in F1, sportscars and CART. However, his career looked to be over when he lost both legs to a horrific CART crash at the Lausitzring in 2001.

Against all the odds, Alex underwent an ambitious rehabilitation programme and by 2003, he was back behind the wheel of a CART car where he drove the thirteen laps of the Lausitzring that he didn’t make in 2001.

By 2005, Zanardi was competing full time in the WTCC with BMW and got behind the wheel of an F1 car again in November of 2006. Alex has represented the Italian para-cycling team at the London and Rio Paralympic games with whom he has won four gold medals and two silver.

The whole motorsport community has come together in support of Alex Zanardi and among those wishing him a speedy recovery is former competitor Dario Franchitti:

My thoughts are with Alex Zanardi tonight. He has defied the odds his whole life, always done the seemingly impossible. When we raced against each other I realised there was never a point in any race that in his mind he was beaten.
I’m praying for another Zanardi miracle 💪🏼💔