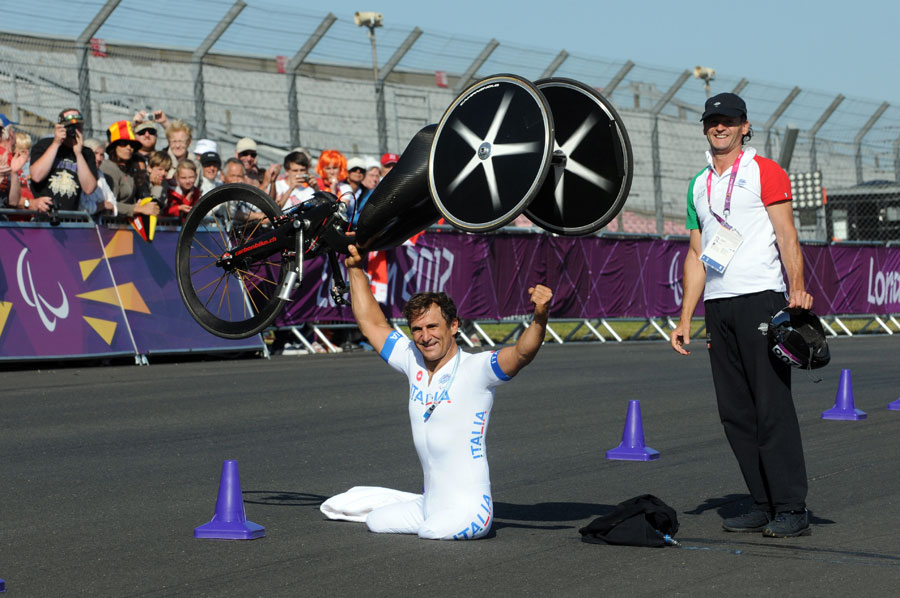 Former Formula 1 driver and twice Champ Car champion Alex Zanardi was undergoing surgery for severe head injuries on Friday after being involved in a road accident while racing his handbike in Italy.

Siena’s Santa Maria alle Scotte hospital said in a statement that the 53-year-old Italian, who lost both legs and nearly his life in a 2001 Champ Car crash in Germany, was in a “very serious” condition.

“He is currently undergoing a delicate neurosurgery,” it added.

The Italian news agency ANSA reported sources saying the accident involved a truck on a state highway near the town of Pienza to the south-east of Siena.

The hospital said the four-times Paralympic road cycling gold medallist was flown to Siena by air ambulance and arrived at around 6pm local time (1600 GMT).

Sky Italia television reported that Zanardi had been competing in the ‘Obiettivo Tricolore’ road race for Italian paralympic athletes.

According to the manager of the national paralympic cycling team, Zanardi was conscious when help arrived, it added.

Zanardi is an inspirational figure in the worlds of motorsport and paralympic endeavour, a hugely popular and positive competitor who returned from life-changing injuries with a smile.

He had both legs amputated above the knee, with his heart stopping seven times as he lost all but a litre of the blood in his body, after the horrific crash at the Lausitzring in Germany on Sept. 15, 2001.

“You have never given up and with your extraordinary fortitude you have overcome a thousand difficulties,” said Italian prime minister Giuseppe Conte on Twitter.

“Come on Alex Zanardi, don’t give up. All of Italy is fighting with you.”

“I am so anxious and frightened about Alex Zanardi that I’m holding my breath. I am his fan. I am his friend. Please do what I’m doing and pray for this wonderful man,” he said on Twitter.

Current IndyCar driver Graham Rahal hailed Zanardi as “truly one of the greatest inspirations and toughest men I´ve ever met.”

Zanardi won his titles in the U.S.-based Champ Car series, now IndyCar, in 1997 and 1998. He competed in 41 Formula One grands prix, mostly for Lotus, between 1991 and 1999 with his final season at Williams. (Writing by Alan Baldwin in London, editing by Christian Radnedge and Ken Ferris)