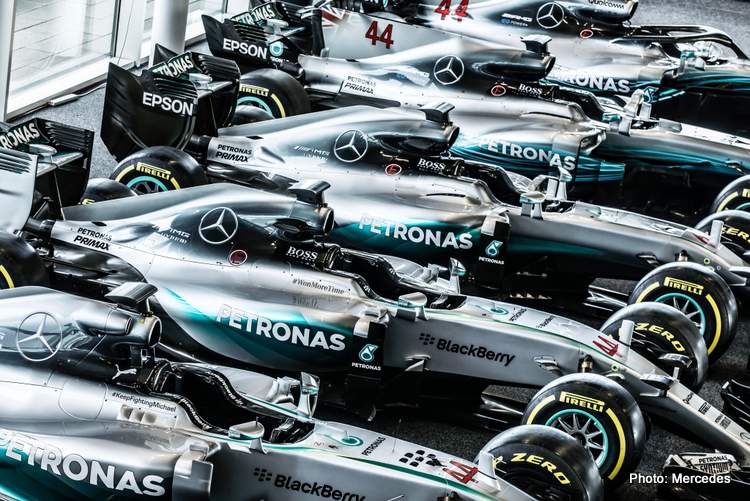 Mercedes’ parent Daimler have moved to quash reports they are considering exiting Formula 1, stating it is their “clear intention” to continue in the sport.

Per reports in the German media, serious discussions were taking to place to trade the Mercedes F1 team to Aston Martin owner Lawrence Stroll in return for a larger stake in his company, while team principal Toto Wolff would expand his 30% share in the team and move from an operational to an advisory role at the Silver Arrows.

In response, Daimler have released a statement rubbishing the claims.

“Speculation regarding a potential withdrawal from Formula 1 continues to be unfounded and irresponsible,” it read. “The sport has taken the right measures to address the consequences of the COVID-19 pandemic and its future financial sustainability, and we welcome these steps.

“It is our clear intention to continue competing in Formula 1 as a Mercedes-Benz works team in the years to come, and to do so with our managing partner Toto Wolff.”

Not the first time links have been drawn between Mercedes and Aston, it is well known that new Daimler chief Ola Källenius is looking for ways to cut costs while Wolff is openly close with Stroll. At the same time, the incoming cost-cap for 2021 has seems to have assuaged Källenius’ concerns, while Wolff has previously moved to deny his links with Stroll and Aston, maintaining the full extent of their partnership is his £37 million personal investment.