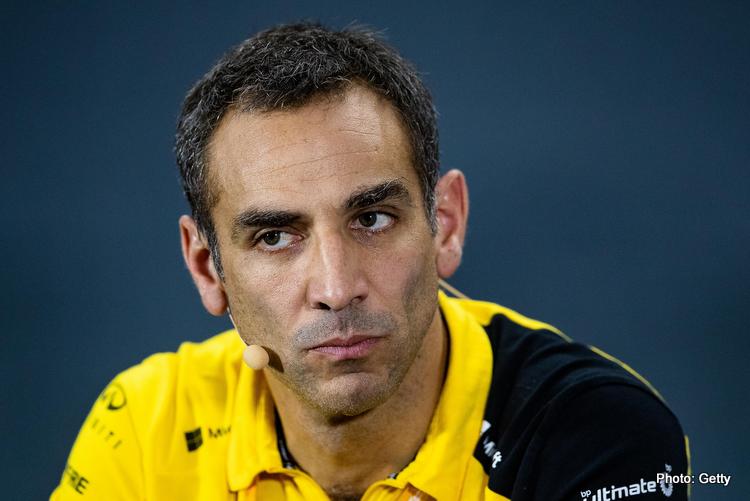 Renault boss Cyril Abiteboul has admitted he is disappointed that Daniel Ricciardo will be leaving the team after the 2020 season, but says the Australian was “pushed” into the decision by Ferrari and McLaren.

Joining Renault at the start of the 2019 Formula 1 season, Ricciardo’s arrival was supposed to be the start of the French outfit’s return to prominence, but now the Australian has jumped ship at the first opportunity.

As Abiteboul explains it, this is due to two reasons, the first of which is that Renault was unable to prove to Ricciardo it was making progress.

“First it’s important to remember that we have one year, one season to do together, and we expect more out of that season than from last season, that is for sure,” Abiteboul told motorsport.com.

“I’m a bit disappointed because I don’t think that you can build anything without stability. That goes for drivers, but frankly that’s also true for the rest of the organisation.

“We had a lot of changes last year: 70% of our staff have seen a change of management or structure to their department. A new technical director, new head of aero, new engineering director.

“All of that has happened in the last 12 months with lots of change. I would have liked to see that result of that, because we know that there is a bit of latency, before going into the action of a driver change and driver discussion.”

Secondly, Abiteboul believes the timing of the vacancies at Ferrari and McLaren meant Ricciardo was forced into a decision.

“And then I’m a bit surprised about the activism of two particular F1 teams, who have pushed Daniel to sort of rush the decision. We decided not to bend over this timing and to stick to our plan. Our plan and our priority is to make a better car.

“If we had had a better car last year, probably you will not be asking me this question. And we know that if we have a better car we’ll be able to attract any driver in the future, so that’s our focus. That’s been our priority.”

Having long targeted the introduction of F1’s regulatory revolution (originally set for 2021, now 2022) as when Renault would return to the front of the grid, Abiteboul maintains that plan is still in place, despite the company’s wider financial uncertainty.

“We’ve been in Formula 1 since the ’70s. We’ve been loyal to Formula 1 and clearly as we look forward I think it’s important to stay true to your roots, to where you’re coming from, to your history, not just because of loyalty but also because it means something in the narrative that you can appeal to today’s and tomorrow’s customers.

“Motorsport has a unique value and contribution into it. That’s why we believe in it, just like we believe in a number of marketing activities, except that it’s sport, except that it’s been a core of technology. That’s racing, that’s emotion also, and Renault stands for emotion. So all of that means a lot. And that’s why we’ve been in this for a decades and we intend to do so for very long.”