In the Pitlane: Will Lewis move to Ferrari? 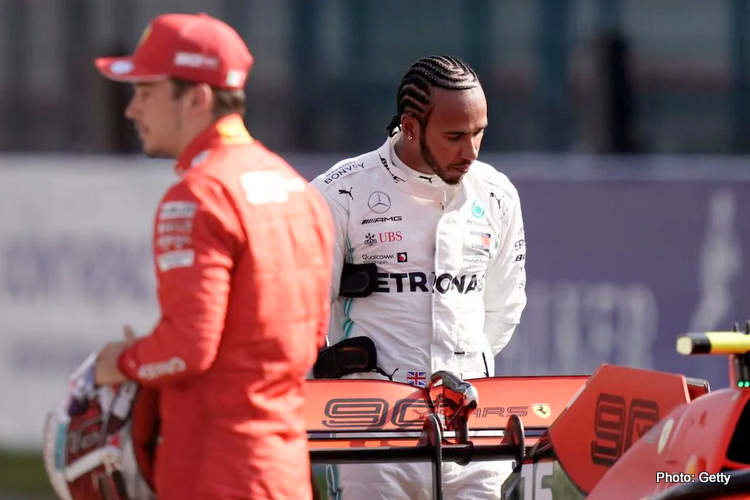 Lewis Hamilton recently gave an interesting interview with Steve Jones from Channel 4. When asked about a possible move to Ferrari Lewis ventured that part of the decision was what shape his future would take after his racing career has ended.

To this he added that leaving Mercedes would be hard as he had been with them since he was thirteen, this was disingenuous as he was with McLaren’s young driver programme, albeit in a Mercedes-powered car. He did not join Mercedes until 2013.

His point was whether he could he break with Mercedes after such a long association and how would this “look”. Loyalty was a big issue for Lewis, and he was promptly asked to display his loyalty tattoo. Not sure how this loyalty was extended to Ron Dennis when he left McLaren or indeed his own father Anthony who he famously sacked as his manager.

Putting aside the question of would Hamilton want the Ferrari drive; can Lewis move to Ferrari and keep the door open at Mercedes post racing?

Well, I think the answer is yes.

Well, let us take the example of Michael Schumacher who was a Ferrari idol. Schumacher started his career with Mercedes driving for them in the World Sportscar Championship. In 1991 his debut race for the Jordan team was Mercedes-funded. In 1996 Schumacher joined Ferrari and went on to win five back to back World Championships and in the process established himself as a true Ferrari legend.

After retiring at the end of 2006 Schumacher acted as assistant to the newly appointed CEO Jean Todt. This role would involve selecting the team’s drivers. He also played a role in Ferrari’s development programme and was often seen in the Ferrari garage at several race weekends.

None of this stopped Mercedes welcoming Schumacher to the team and he joined them in 2010.

When pondering his future post-racing, Lewis could well do with following Schumacher’s example of “giving something back”.

Schumacher took on the role of special ambassador to UNESCO and donated €1.5 million to the organization. He has funded and been involved in countless charities mainly involving underprivileged children and has donated endlessly. While an exact figure for the amount of money he has donated throughout his life is unknown, it is known that in his last four years as a driver, he donated at least $50 million.

In 2008, it was revealed that he had donated between $5M and $10M to the Clinton Foundation. Keep fighting Michael.

Then we come to the late great Niki Lauda who was also another Ferrari idol winning two world titles with the team in 1975 and 1977 after which he fell out with Enzo Ferrari and subsequently left the team.

In 1993 then Ferrari president Luca di Montezemolo offered Lauda a consulting role. Lauda was instrumental in the hiring of John Barnard, Michael Schumacher and Jean Todt.

Three years later Lauda himself was gone as Todt insisted on having autonomy if he was to run the team properly.

Lauda was also welcomed into the Mercedes team and in September 2012 he was appointed non-executive chairman of the Mercedes F1 team. Lauda purchased a 10% stake in the team guaranteeing him a seat at the table. This is something Lewis may want to consider; he could afford it. When Lauda sadly passed away his net worth was estimated at $200 million. Currently, Hamilton’s net worth is estimated at $285 million so it would appear financially possible.

Lewis has stated on many occasions that he wants after his racing has ended to have the time to pursue his passions of music and fashion. Well if he is looking for a role model then look no further than Lauda.

Whilst fulfilling his role as non-executive chairman of Mercedes F1 he also set up his third airline LaudaMotion and worked as a pundit for German TV.

Post racing Hamilton would have so much to offer Mercedes, he could mature into the role of a mentor to the younger drivers something he alluded to in his interview. He has enjoyed working on the development of the stunning Mercedes ONE and will when the time comes to test the prototypes. He has the ability to fulfil the role alongside Toto in the garage and with his experience, he could make a valuable contribution on race days.

Simply put Mercedes would welcome Lewis back with open arms but only if it suits their objectives at that time.

Lewis will undoubtedly decide on what team offers him the best chance of more world titles but there is a twist.

Lewis could join Ferrari and very quickly become intoxicated with their passion, style, and razzmatazz, not qualities normally associated with the dull and analytical Mercedes team. To be fair Toto Wolff does come across as a funny guy at times, well at least when he is not banging his fists on the desk.

Lewis could find a sense of freedom not experienced at McLaren or Mercedes. Lewis always comments on the support of the fans, just wait till he feels the embrace of the fanatical Tifosi. With a renewed zest for life Ferrari may well be his spiritual home and he may then want to commit to Ferrari post racing, now that would be a turn up for the books.