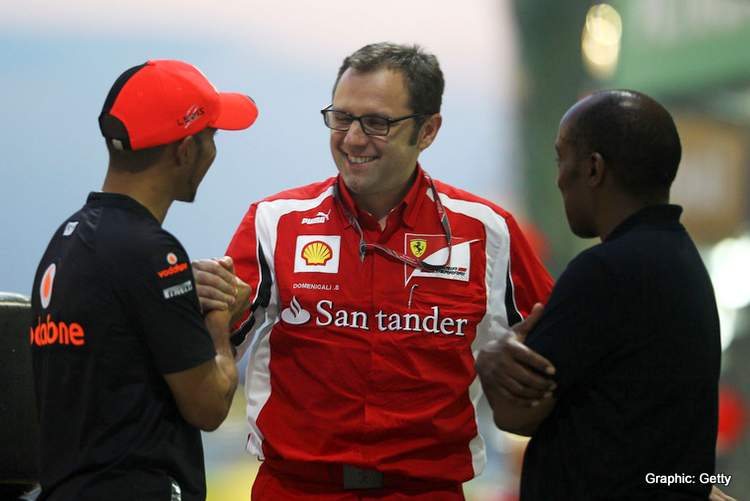 Lewis Hamilton recently told Sky Italia he doesn’t understand why the call from Maranello never came for him to join the Scuderia, Stefano Domenicali may well have an answer for that.

Hamilton recently repeated his perplexity as to why he never got the chance to drive for Formula 1’s most glamorous and successful team, right after he won his 100th race at the 2021 Russian Grand Prix. No one ever called him he lamented.

It is understandable that he might feel that way given his credentials, and considering that it is every F1 driver’s dream to drive for the fabled Italian team, who was always keen on signing drivers with impressive CV’s.

Although he waited very long for a call that never came from Ferrari, he at least got the explanation fairly quickly, as former Ferrari team boss and current F1 CEO gave his view on the matter clarifying why the call was never made.

When asked by Sky Sports if the matter was even raised within Ferrari, Domenicali admitted: “To be honest, yes. This is true. We’ve discussed that.”

“I think that the answer that Lewis was able to give is the right one. Today, I think that period has passed. There is a movie that for me sometimes is very important to remember: Sliding Doors. There are moments where if you don’t get into an elevator, you stay on the floor,” the Italian mused.

“I don’t know. That was the situation that Lewis lived in that specific time of his life. I think that [we] cannot blame his choice, at least, because he did an incredible career,” concluded Domenicali implying that the right moment never presented itself for the powers that be at Maranello.

Hamilton who has raced in F1 with Mercedes power only since his debut, will be starting his 282nd F1 race in less than a week in Turkey.

He is currently embroiled in a tense title fight with Red Bull’s Max Verstappen as he targets a record-breaking eighth F1 driver’s crown, whereas Verstappen is chasing his first.

While Ferrari never felt the need for signing him, he certainly did not need them either as his several titles testify.