Drive to Survive producer: A lot of this series is down to luck 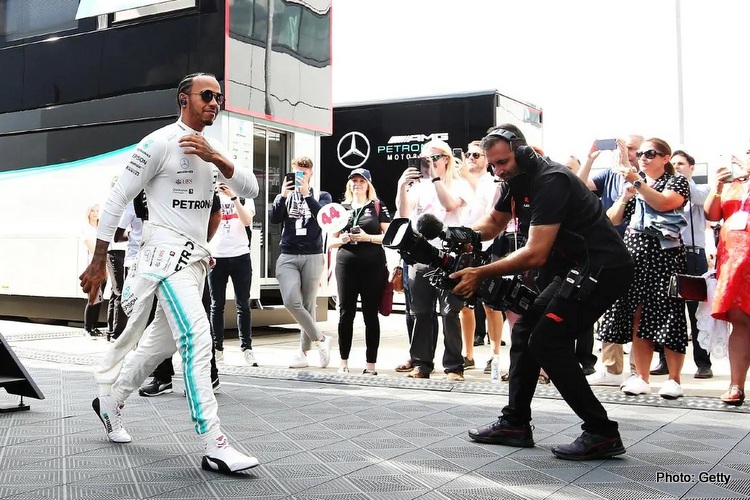 Paul Martin, the executive producer of Netflix’s Drive to Survive has pulled-back the curtain on the hit series, revealing some of its seminal moments were simply a case of happenstance.

Speaking in a wide-ranging interview with the official Formula 1 website, Martin revealed that as much as DTS’ production team had ideas about the stories they wanted to tell, the final product benefited from some unlikely twists of fate.

“A lot of this series is down to luck,” Martin admitted. “If you look at the first series, I don’t think we could have envisaged Haas’ two cars’ wheels literally falling off in Australia. There was a time in Season 1 where I honestly thought Daniel Ricciardo was going to stay at Red Bull. I remember getting a phone call from his manager to say, ‘Just to let you know, it’s about to be announced that we’ve signed for Renault.’ And that dramatically changed the arc of that entire season.”

“It was the same with Mercedes in Germany. We’ve been very fortunate to be in the right place at the right time a few times over the last two years and I think that was definitely the case in Hockenheim. It was almost the perfect storm of Lewis not being particularly well, the fact that they dressed up, the special livery – and then to wake up on race day and it be pouring with rain.

“The way the race unfolded – I don’t think we or they could have expected that they would feature in the race like that. But at the same time, I never had a conversation with anyone at Mercedes who asked us to take out a frame from that episode.”

In any case, the series has been a tremendous success for Formula 1 and Netflix, with Martin recounting how it created overnight fame for people like Haas team principal Guenther Steiner.

Interestingly, Martin believes that success would not have happened at all were it not for the efforts of Formula 1’s former Managing Director of Commercial Operations, Sean Bratches — who Martin calls the “godfather”.

“There was an idea about whether it would be possible to do a behind the scenes with just one Formula 1 team across the season. Sean really liked the idea, but just felt like he wanted to do something that was bigger, that focused on as many of the teams as possible, that was going to show Formula 1 in a completely different light and introduce it to a completely different fan.

“Sean was like, ‘Look, I’m talking to all the platforms, I want to make a deal and if I do, would you guys be interested in producing it?’ It was one of those conversations that you’re never quite sure if you’re ever going to hear from them again! But two or three months after that, we got a call from Sean and Ian saying, ‘We’re going to do this thing, we’re not quite sure what it is but we’d love you guys to produce it.'”

Unfortunately with the sport in the middle of its COVID-19 induced hiatus, there currently isn’t the possibility to film a season three, but Martin has no doubts the series can “run and run” as long as the racing does.

“You’re never short of characters and you’ll never be short of those characters providing the level of drama and conflict that you need for this series. I can’t say officially whether there’ll be a Season three – but hopefully if the season restarts, we’ll be there.”