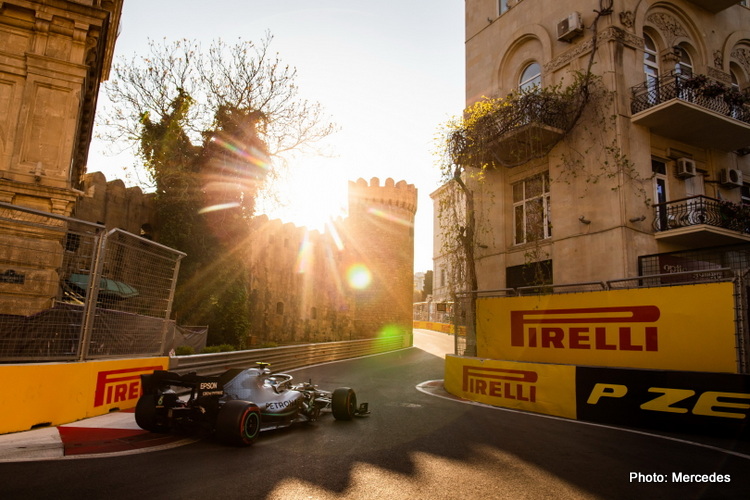 Organisers have announced that the Azerbaijan Grand Prix will officially be postponed as the Formula 1 season continues to be disrupted by the COVID-19 pandemic.

The Baku race was penciled-in for the first week of June, but following consultation of relevant authorities and government bodies, the decision has been taken to pull the plug, at least for now, on the city race as a “direct result of the ongoing global COVID-19 pandemic”.

“The postponement was agreed upon after extensive discussions with Formula 1 as well as the Federation Internationale de l’Automobile (FIA) and the Government of the Azerbaijan Republic,” race officials said in a statement.

“This comes as a direct result of the ongoing global COVID-19 pandemic and has been based entirely on the expert guidance provided to us by the relevant authorities.

“In coming to this conclusion, BCC’s primary concern throughout has been the health and well-being of the Azerbaijani people as well as all visiting F1 fans, staff and championship participants.

“BCC shares its fans disappointment at not being able to experience the pinnacle of motorsport race through the streets of Baku this June. To that end, we will continue to work closely with Formula 1, the FIA and the Government of the Azerbaijan Republic to monitor the situation with a view to announcing a new race date later in the 2020 season.

Azerbaijan made its Grand Prix debut in 2017 as part of F1 and Liberty Media’s push to open-up new markets. Baku, Azerbaijan’s capital city, has a population exceeding 2.2 million people. In order to protect the Azerbaijani population, an F1 event at this current time has been ruled an unnecessary risk given the influx of tourists and personnel from all over the world. The event would also have completely violated the popular ‘social distancing’ approach taken by the vast majority of countries with the event virtually impossible to manage behind closed doors in the metropolis.

With the event now postponed, a rescheduled date is yet to be decided. The Baku City Circuit has stated that all tickets already ordered will be valid for the new date. Once the date has been decided, ticket holders will be contacted and made aware of the options available: to refund tickets or to make new plans for the chosen date.

Baku was set to host the season opener given that rounds one through seven have been either postponed or cancelled completely. As of now, Canada shall host the first Grand Prix of the decade on the weekend of June 12th to 14th.