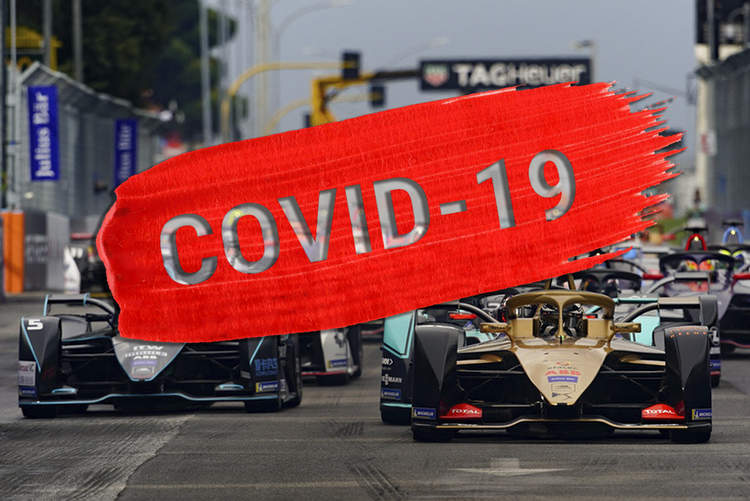 The Formula E championship has suspended its season because of the coronavirus pandemic, the all-electric series said on Friday.

Races in Rome and China’s Sanya have already been postponed while Indonesia’s capital city Jakarta on Wednesday delayed a race scheduled for June 6 over concerns about the virus.

Earlier on Friday, Formula 1’s season was thrown into turmoil with the cancellation of the season-opening Australian Grand Prix due to the coronavirus, which has killed over 4,900 people globally.

“As has been reported recently in Europe especially and across the world, the increase of COVID-19 cases continue to rise on a daily basis and experts are saying it is expected to peak in the next month,” Formula E said in a statement.

“For this reason, we have decided to temporarily suspend the 2019-20 ABB FIA Formula E Championship. This decision has not been taken lightly, but we feel it is an essential one to protect the health and wellbeing of staff, teams, partners and suppliers — as well as their families — who travel together with Formula E.”

Formula E said it would remain under “red flag” conditions in March and April, meaning that the Paris race on April 18 was also postponed.

“We will then move to a “yellow flag” in May, with Seoul no longer possible to be staged on the original date of May 3 while keeping the option open to potentially rearranging races later that month depending on developments,” it added.

Formula E said it hoped to host races in June and July and potentially add additional rounds depending on the situation.