Red Mist: Leclerc, the Todts and the real Elephant in the room 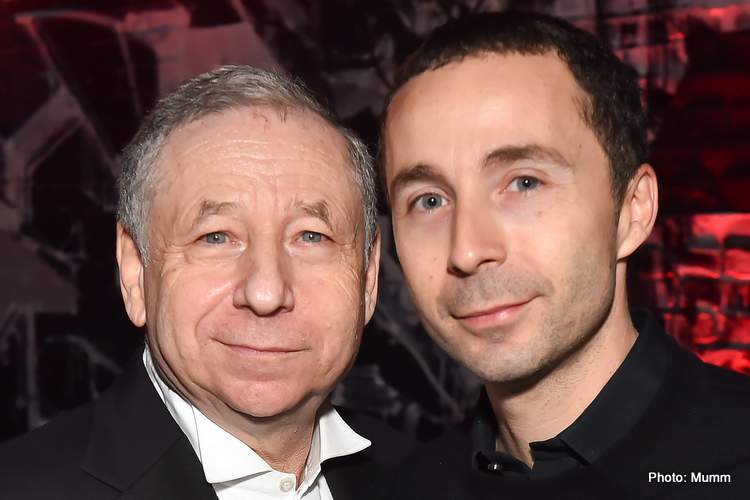 Let’s take a spin in Back to the Future’s de Lorean. Make it to the Year Two Thousand…

Fresh from taking Peugeot on a rollercoaster of successes from the World Rally Championship to Dakar to the World Endurance Championship and Le Mans, Jean Todt is starting to get Ferrari right for Luca di Montezemolo after a year or two of running Ross Brawn, Rory Byrne and Michael Schumacher, who Luca has stolen from Briatore.

Things are going dandy and Jean is enjoying Formula 1 — so much so that he’s getting business from elsewhere but it’s touchy to take it on — conflict of interests, you know what I mean?

No problem, son Nicholas in his mid-twenties at the time, is still wet behind the ears, but what the hell, dad throws him in the deep end, lines his lad up with young Brazilian rising star Felipe Massa and Lil’ Todt’s management career begins. Cut a long story short, coincidentally Michael trots to five F1 titles in a row for Ferrari, the super team are all heroes and everyone is happy.

Back to the future and 20 years down the line, Prez Jean has been the FIA boss for more than a decade now and Nicolas, famous for being his son, manages racing drivers Daniil Kvyat, Felipe Massa, Pastor Maldonado, James Calado, José María López, Caio Collet, Marcus Armstrong and Gabriele Minì. And Charles Leclerc. Wiki is your friend.

Now everything was going just swimmingly for the Todts — papa was happily ensconced in his padded Parisian FIA palace and young Nic, well his belter Leclerc really came good last year, did he not…?

Nobody took too much notice of the fact that the FIA was concerned about Ferrari’s incredible turn of speed that elevated it from a disastrous first half of the season to hit the ground running to thrash the rest as Carlito Leclerc trounced the opposition and then came back from Singapore pouting like a baby because old Seb taught him a lesson under those lights.

Only Ferrari bungling cost it a Russian win too, but then it suddenly went off the boil — at about the same time that the FIA fitted a couple of extra fuel flow meters to the SF90s and before the toddlers in red babygrows lowered themselves to kindergarten spec by the time Brazil had come and gone.

So, between that fiasco and a hell of a lot of, will pretty astounding Ferrari propaganda and hullabaloo in the lead up to the SF1000 launch and the recent F1 winter tests Maranello was clearly perplexed. And then came that farce of winter testing when Raikkonen’s Ferrari-powered Alfa was around ten percent faster than the Ferraris, while Binotto all along still cries that his cars were not sandbagging. Wanna tell us another one, Mattia…?

But within a few minutes of the last V6 turbo shutting down at Barcelona last Friday, the FIA dropped a little pearl that has taken a week or so to properly digest and has since also sent the F1 world into total apoplexy.

I do not need to tell you about the ramifications of the Ferrari ‘cheat’ — if you’ve read this far, you surely know why Toto Woolf is leading a revolt against the FIA and Red Bull’s Helmut Marko is threatening to sue the governing body and his rivals in red for losing out to Ferrari in last year’s F1 constructor’s championship.

Well, allow me to take you back up to the top of this tale, to when our FIA president was running Ferrari and his kid Nicolas was learning the management ropes.

Come back to today, and who was driving that Ferrari that all of a sudden dominated in Belgium, Monza and Singapore? Young Nic’s prodigious charge. Carlito — that’s who. Never mind that dad was the Ferrari capo through its finest ever F1 years.

Now add the FIA’s null response and the Todts – ahem, sorry — the dots start to join, don’t they…?

Take a step back and take a look at those dots and what do you see. I see a dirty great elephant with a hell of a big trunk looming in the shadows of the room. Wait — that’s Jean Todt, isn’t it?

If yes, then all of a sudden it becomes crystal clear why Toto Wolff and the other six are more than just a bit pissed… Interesting times indeed!

Big Question: Should Jean Todt resign as President of the FIA?