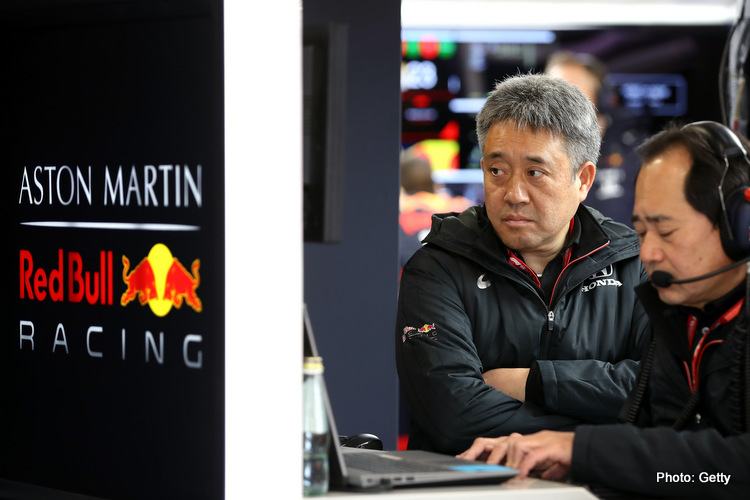 Honda boss Masashi Yamamoto reckons his company sees the allure of remaining a F1 engine supplier beyond 2021, attracted by the unique technical challenge of seeing the sport become carbon neutral by 2030, but he also scoffed at the idea of the sport moving to a clean-fuelled hybrid two-stroke future.

Honda’s agreement to supply its power units to Red Bull Racing and Scuderia AlphaTauri runs out at the end of 2021, but with Max Verstappen signed until the end of 2023, the prospects of a medium term contract extension are good.

“We are obviously dealing with [Dr. Helmut] Marko and any future agreement, but whether we will continue or not will depend on Formula 1’s future plans,” Yamamoto was quoted by Japanese publication Auto Sport Web.

“We have many requests from all around the world to work with us to use Formula 1 as a marketing tool, which means that F1 has a very high commercial value,” he explained, before warning: “It is also important how F1 is seen by the fans who follow it, if the general public does not share the idea that F1 represents the best solution in the racing landscape, it would have less value for us.”

Yamamoto suggested that Honda is concerned about a theoretical move to next generation super-clean fuelled hybrid two-stroke F1 power units.

“Formula 1 is the pinnacle of motorsport and it can challenge the auto industry to refine its future technology, but we are unclear why F1 is considering a two-stroke engine.

“Were that to happen, Honda will have doubts about continuing as a Formula 1 partner.”