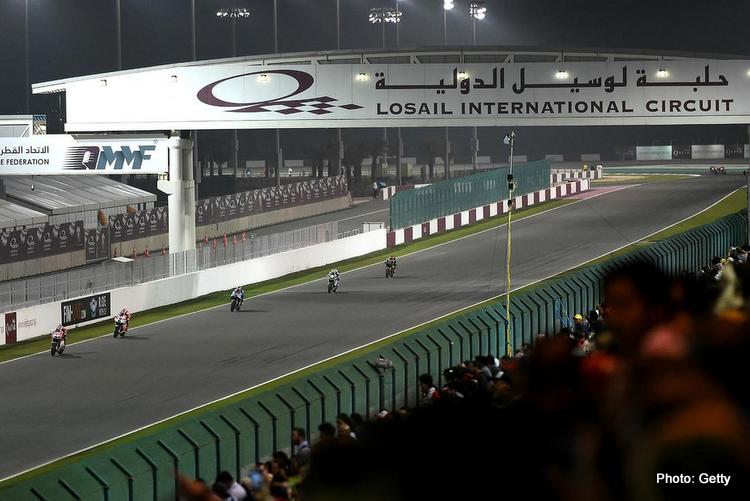 Formula 1’s motorcycle counterpart, MotoGP, has cancelled its season-opening race in Qatar next weekend because of travel restrictions on passengers from Italy and elsewhere due to the coronavirus epidemic.

The floodlit night race was scheduled for the Losail circuit on March 8.

The joint statement by MotoGP, the governing FIM and teams’ association IRTA said that as of Sunday all passengers arriving in Doha on direct flights from Italy, or who had been in Italy in the past two weeks, faced a minimum of 14 days in quarantine.

“Italy clearly plays a vital role in the championship and in the MotoGP class — both on track and off — and therefore the decision has been taken to cancel premier class competition,” it said.

The Moto2 and Moto3 categories will still race due to those teams and riders already being in Qatar for three days of testing last week.

The 22-strong grid features six Italian riders, with Italian engineers and mechanics spread across the paddock and a large media contingent in attendance.

The death toll from an outbreak of coronavirus in Italy has risen to 34, the Civil Protection Agency said on Sunday, with the cumulative number of confirmed cases totalling some 1,694 in the worst such contagion in Europe.

F1, whose season starts in Australia on March 15, has already cancelled its Chinese Grand Prix scheduled for Shanghai on April 19.

Teams have already rerouted their flights through the Middle East to avoid transit in Far Eastern countries, and Doha is a popular hub.

The Bahrain Grand Prix is also scheduled for the weekend after Australia.

“If there are any medical screenings, we need to know about them,” Binotto told reporters at testing in Spain. “It’s important, really, to make sure that before leaving, the picture, whatever is the scenario, is known and clear.”