Lammers: Zandvoort is most talked-about circuit in Formula 1 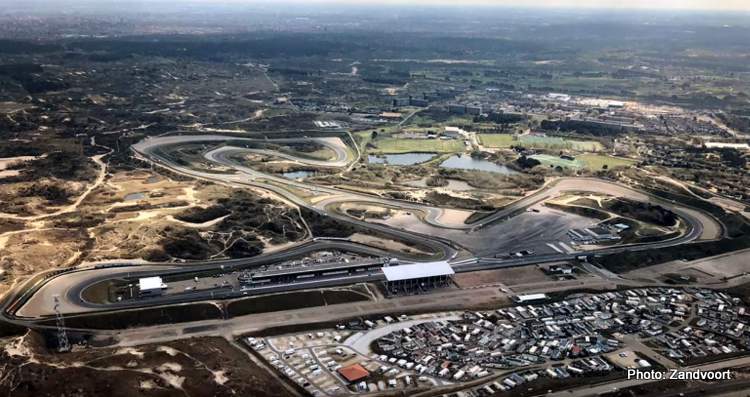 A totally refurbished track featuring two banked curves unique to Formula 1 racing should help Zandvoort permanently reclaim its place in motor sport’s elite class as it returns to the Netherlands for the first time since 1985 on May 3.

Riding high on a wave of Max Verstappen mania, over 100 builders have nearly completed a 15 million euros ($16.6 million) overhaul of the picturesque but outdated circuit designed to make it stand out among the other 21 races.

“We’ve created a truly unique track, with two banked curves, which is something no other track in Formula 1 has,” Dutch Grand Prix director and ex-Formula 1 driver Jan Lammers told Reuters, “This is already the most talked-about circuit in Formula 1. I am convinced we will see spectacular racing here.”

Hemmed in by the dunes and a nature reserve on the North Sea coast some 25 km (15.5 miles) west of Amsterdam, Zandvoort has always had a distinctive character with a swerving track and a number of high-speed corners.

It was home to 30 Grand Prix races between 1952 and 1985, but became outdated as growing resistance among locals and environmentalists meant no one was interested in paying for the much-needed renovation of the track.

But views changed drastically in recent years as Dutch phenomenon Verstappen took Formula 1 by storm, quickly turning from its youngest driver into a serial winner.

Verstappen, the youngest Grand Prix winner and first Dutchman to triumph, already drew tens of thousands orange-clad fans to races in Belgium and Austria and has helped Zandvoort to reach a sell-out crowd of 300,000 for three days of racing.

But the presence of a Dutch contender is not enough to produce an exciting race and when F1 decided to put Zandvoort on the calendar for the next three years many feared it could be a dull event with virtually no chance for cars to overtake.

The totally new layout, however, should put all these fears to bed, Lammers said, “Drivers who leave the pit lane will now enter the track after the first corner, meaning cars can drive side-by-side through the second banked curve and even through the third curve, entering the fast part of the track together so we can see who has the strongest nerves.”

Overall, the track will put drivers to the test, the 1988 winner of the Le Mans 24 hours race added, “None of the drivers has any experience with these banked curves. And we have built a truly authentic track: make one mistake here – and you’re out.”