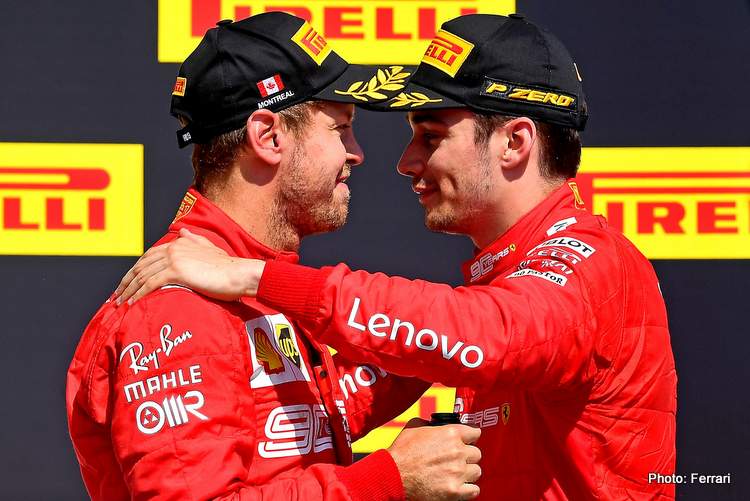 Gerhard Berger does not think Sebastian Vettel’s Formula 1 career is in crisis despite the rise and continued rising of his Ferrari teammate Charles Leclerc.

Some think that after losing clear number 1 status, and Ferrari extending Charles Leclerc’s contract for the long term but not his, the four-time world champion may be pushed into retirement.

“We don’t know if it’s a decisive year for him personally,” Berger, who drove for Ferrari in both the eighties and again in the nineties, told Auto Motor und Sport.

“Will he do his last year and want a good retirement? Does he want to take on Leclerc? Clearly Leclerc is a tough nut to crack, but that’s always the case when you drive for Ferrari, Mercedes or Red Bull.

“It always was that, at the top teams, there are two alpha animals who butt heads until one remains. When I went to McLaren, it was Senna. You can’t run away from it,” Berger added.

In fact, Berger tips 32-year-old Vettel to bounce back from a couple of disappointing seasons and potentially reaffirm his top status over Leclerc this year.

“In the last third of the season, Vettel showed that he can beat Leclerc very well,” he said.

“Unquestionably, Leclerc has the future ahead of him and Sebastian is in the last stage of his career. But he has so much experience, has been world champion four times, and at Ferrari for five years. From this he can balance out the boy’s bravery.

“It will be an interesting duel but I don’t dare to predict the outcome,” Berger predicts.