Jos Verstappen: Max has been my life project 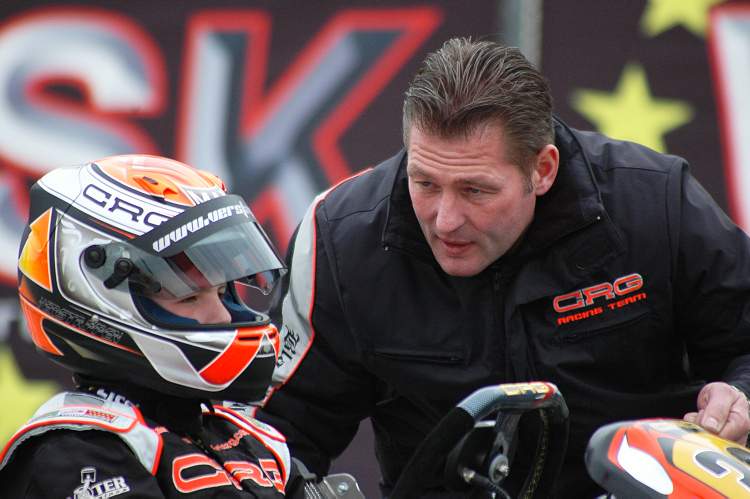 According to his father and co-manager Jos Verstappen, Max has every confidence in Red Bull and engine supplier Honda after the 22-year-old signed a reported $64-million four-year deal as the pair travel on a journey that has been their life project.

The Verstappen camp, earlier linked with a move to Mercedes, surprised the F1 world when it was announced a long time in advance this week that the Belgium born Dutchman will, in fact, be staying until the end of 2023.

“Red Bull gave Max the opportunity to go to Formula 1 in 2015, so how great would it be to be successful with that team?” Jos, himself a former F1 driver, told De Telegraaf newspaper.

He said one of the biggest benefits of the new deal is that it allows his son to now be fully involved in preparations for the sweeping new rules that kick-in next year, “We know what the team is doing, not only for the coming season but also for the new cars for 2021.”

“It is very good to be involved in that, but the most important thing is that Max feels at home at Red Bull. He has every confidence in them for the coming years.”

A key part of the new deal will be the continuing involvement of Honda, even though the Japanese manufacturer is in fact yet to commit to F1 beyond 2021.

“The communication with Honda is very good. You can also tell how they regard Max. That combination together with Red Bull and Honda is simply very positive,” explained Jos.

The manner in which Jos groomed his son through karting and then managed his brief single-seater career before he did a deal for 2015 with Red Bull who plonked his 17-year-old son into a Toro Rosso and the rest is history.

The reality is that 47-year-old Jos might have gone on to forge a career outside of F1 as many of his contemporaries did. In his heyday, he was a respected and fast driver but, instead, he saw the light in his son’s precocious talent and that became his vocation instead.

Nevertheless, many of his rivals from his generation are still competing in Sportscars and GT racing but he insists he is “not really interested at all” in himself racing.

“Max has been my life project. I wanted to win with him, become a champion. We have that goal together,” admitted Jos to Formule1. “I found the time with Max much more fun than my own career.

“I think that when you can achieve something like that with your own child, it is much more intense than when you do it for yourself. Put it this way: I did more for Max’s career than for my own career,” added the former F1 driver.

For his part, Max says he is eternally grateful for his father’s support, “What he did for me is of course unbelievable. I can never thank him enough for that.

“Of course there are plenty of fathers who do a lot for their child. But that intensively? I couldn’t possibly mention everything that he did,” added the 22-year-old.