Alonso: The biggest challenge of my career 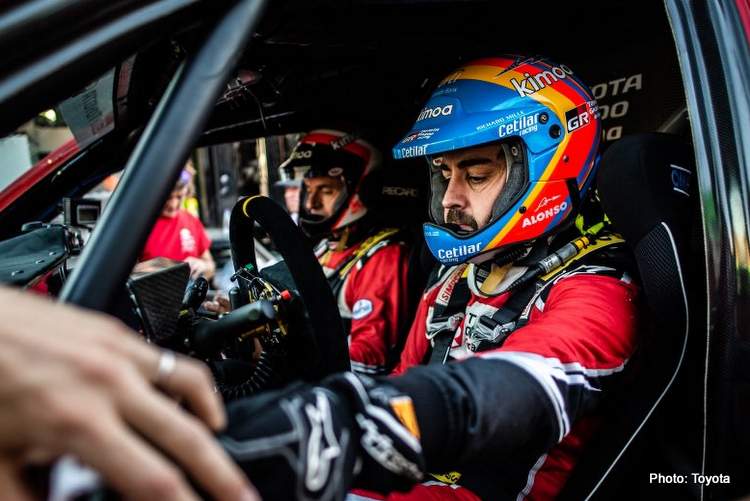 Fernando Alonso is aiming to create history as the first Formula 1 World Champion to win the Dakar Rally when the 12-day marathon gets underway in Saudi Arabia on Sunday.

Alonso, who won the F1 championship with Renault in 2005 and 2006, is one of 351 starters in this year’s 7,500-kilometre race which has moved from South America to Saudi Arabia, both venues a long way from the original 1979 route between Paris and the Senegalese capital Dakar.

Among the starters will be motorbikes, quad bikes and trucks but Alonso, who will have five-time bike champion Marc Coma navigating his Toyota, will be in the car category as he bids to become one of the greatest all-round drivers of all time.

Apart from his success in F1, the 38-year-old Spaniard has also won the Le Mans 24-hour race and has singled out the Indianapolis 500 as his priority for 2020.

He describes Dakar as “the biggest challenge of my career.”

Alonso is not the first F1 driver to take part in the race.

Given the treacherous conditions – long stretches of sand dunes – Alonso is not overly confident of challenging for victory, noting that even the nine-time world rally champion Sebastien Loeb was unable to deliver when he raced the Dakar.

“If Loeb still hasn’t won the Dakar, imagine me, who is coming from asphalt,” Alonso told RTVE. “I think the goal is more to approach the rally as an enriching experience for us.”

Fellow Toyota driver Nasser Al-Attiyah is a more likely candidate, not least because the Qatari is a three-time winner and reigning champion.

“Give me some sand and I’m happy,” Al-Attiyah told dakar.com.

He will be pressed, however, by the Minis of Carlos Sainz and ‘Monsieur Dakar’ aka Stephane Peterhansel who has won 13 Dakars across bikes and cars in 30 races.

“We are obviously very excited about the Dakar in Saudi Arabia. It will be a new challenge for everyone,” said Peterhansel who will be partnered by Paulo Fiuza after the Frenchman’s wife Andrea pulled out for health reasons.

“Unfortunately, it is not possible to contest the rally with Andrea, as was planned, however I have known Paulo Fiuza for a very long time. According to the organisers, the navigation will be very complicated and play a major role this time.”

Cyril Despres, a five-time winner on bikes, is also back with a new teammate – explorer Mike Horn.

“I was stuck in the ice for a month, and now I´m heading to Jeddah. For the first time, the Dakar Rally is in Saudi Arabia and I´m doing it with a very good friend of mine, Cyril Despres,” tweeted Horn whose adventures include an 18-month solo journey around the equator without using any motorised transport.

Horn is also the first man to travel without dogs or transport to the North Pole during winter, in permanent darkness.

Across the dunes of Saudi Arabia that experience may come in handy.