Wolff: I will be flying to Mars with Lewis 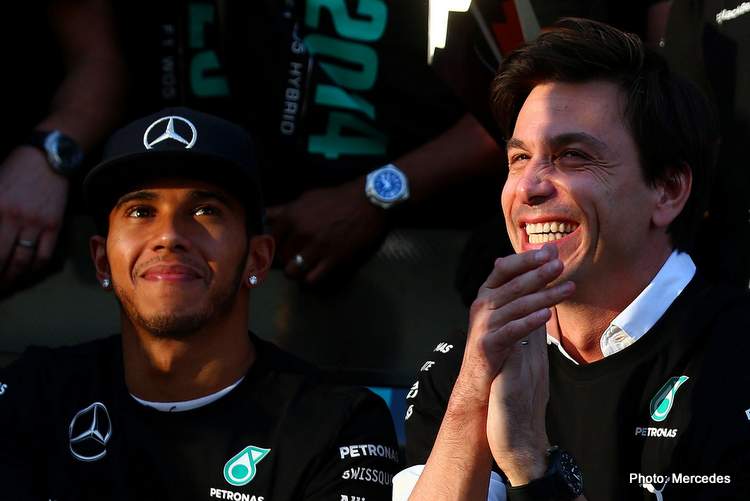 Mercedes F1 team boss Toto Wolff has ridiculed ongoing speculation that his future could be at Maranello, where he supposedly will follow Lewis Hamilton as the pair defect from the German team to the Scuderia in 2021.

When the Mercedes boss sat out the race in Brazil, it fired up speculation that he might either replace Chase Carey as F1 CEO or join Hamilton in a switch to Ferrari. The World Champion and John Elkann have already met.

“Sounds like a good plan,” Wolff said in an interview with to Kronen Zeitung newspaper. “But I’d rather put something else out there: fly to Mars with Lewis and see if there is anything to be won there.

“In all seriousness, I want to be successful with Mercedes in 2020, and what happens after that will be decided in the next few months,” he added.

After a long 2019 season, the F1 circus is preparing to go on Christmas holidays, but Wolff admitted it is difficult to switch off, “My ‘performance doctor’ says you need years to work your way into such a stress level and then years to get out of it.

“Three weeks of vacation won’t help – you also have to have periods of recovery throughout the year,” explained the team boss.

As for Hamilton beating Michael Schumacher’s legendary records, Wolff said, “If we give him a car that is at the level of the others – it doesn’t have to be better – then he will do it because of he has the qualities.”