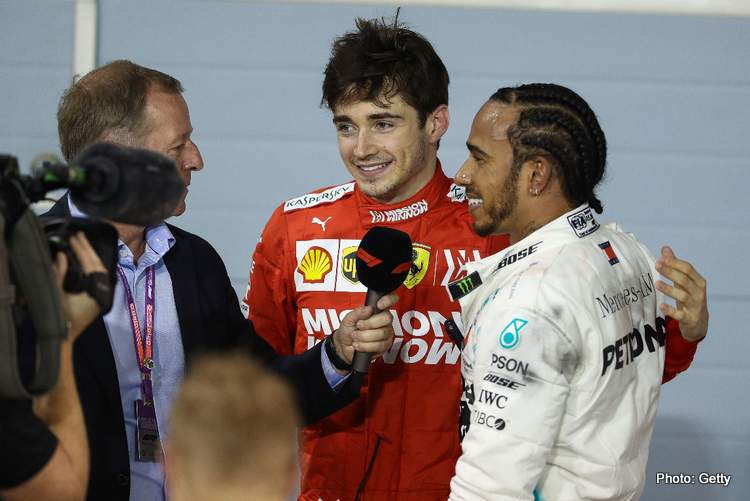 This whole Lewis Hamilton to Ferrari thing has me wondering… Of course, I told you that was a pretty good idea a week or two before it became such a popular news trend.

Who knows, maybe that mention even sparked it, but depending on who you listen to, it is a done deal — Lewis has twice already been in discussion with Maranello, he’s already a Ferrari driver and he is free to go, too.

That’s just a little bit of the flatulence. Of course, whether any of it has any credence remains to be seen, but as they say, where there’s smoke…

Anyway, none of that is my point, however — the whole world would love to see Lewis in red and rest assured F1 itself does, but how easy will the fit be?

Let me tell you a story then, why this whole thing troubles me. And it’s a true story that actually uses Lewis himself to demonstrate his biggest Ferrari conundrum.

How many of you actually remember Lewis’ debut F1 year? I do. it was 2007. Earlier in 2006, McLaren-Mercedes was delighted to confirm it had plucked reigning double F1 world champion Fernando Alonso from Renault to lead its charge the following year, going on to announce Lewis as its number two later in November following Juan Pablo Montoya and Kimi Raikkonen’s unexpected departures from the team.

Things never quite went as planned, however — least of all for Alonso. He and Lewis both won four races in ‘07, but Lewis ended up second in the championship behind Kimi Raikkonen by virtue of his five seconds to the Spaniard’s four. The trouble, however, ran far deeper than just Alonso being beaten by the rookie…

Alonso may have expected to be McLaren’s number one, but boss Ron Dennis protege Hamilton proved an increasingly sharper thorn in his side as the season progressed. Dennis had picked Hamilton up as a 9-year old karter and developed him to the F1 driver he became and from the get-go, Lewis was on the attack passing Alonso off the line on his debut in Australia before ending third behind Alonso there.

Hamilton later claimed that team orders cost him his first win in Monaco, a remark that irked Alonso. “I have a British team-mate in a British team and we know that all the support and help is going to him,” he told the Spanish media. Then Lewis won in Canada and at Indianapolis and Alonso again criticised the team.

Hamilton led Alonso in the title race with the Ferraris well adrift and he was also 6-4 up on teammate in qualifying by Hungarian Grand Prix, putting Alonso under growing pressure at a time when management was sidetracked as the ‘Spygate’ affair rocked McLaren.

Hamilton refused to let Alonso pass as agreed in that Hungarian qualifying and Alonso retaliated by holding his teammate up enough for Lewis to miss his flying lap as Fernando stole pole.

The FIA docked all McLaren’s constructor’s points over the fiasco and the British press lambasted Alonso enough for it to seem that McLaren had taken sides against the Spaniard and then Hamilton stormed to an emphatic victory, leaving Alonso’s relationship with him and the team on the rocks.

The Spygate fiasco rambled on leaving Dennis with significantly bigger fish to fry and the McLaren drivers were at war, enough for the spat to leave the door open for Kimi Raikkonen to come from behind and steal the driver’s title for Ferrari!

Alonso and McLaren part ways at the end of that year in spite of a three-year contract. Hamilton went on to take his first of five titles the following year, while Alonso never won another title.

“That was my first season in Formula 1, alongside a world champion,” Hamilton admitted a year or two anion. “A double world champion and I blew him away!”

“It was very simple,” Ron Dennis explained. “Alonso did not expect Hamilton to be that competitive in his first year. He told that it was my decision to sign a rookie like Hamilton, but that could cost me the Constructors’ Championship. Fernando had calculated everything, but he didn’t figure that Lewis would challenge him and that affected him massively.”

Now, roll on 14 years to 2021 and supposedly Lewis Hamilton arrives at Ferrari all dressed in red.

By then, Ferrari’s ‘chosen one’ may even have just won his first F1 World Championship. But far more significantly, Charles Leclerc would have had three years behind him inside the Scuderia, he will be fully entrenched in the team and blindingly fast — at the absolute peak of his driving career.

That’s a far more compelling prospect than Alonso found in rookie Lewis at McLaren back in ’07 — never mind Fernando was significantly younger then, than Lewis will be in a year and a bit.

If I was Lewis Hamilton, knowing first hand how he sliced up a double F1 World Champion back then, I may just be a touch warier about jumping in as Leclerc’s teammate, especially with the knowledge of the young Monegasque’s already voracious appetite for eating up multiple world champions. Just like Lewis did to Alonso back then…

I may be wrong, but that would trouble me very much!

Big Question: What chance Lewis goes to Ferrari in 2021?