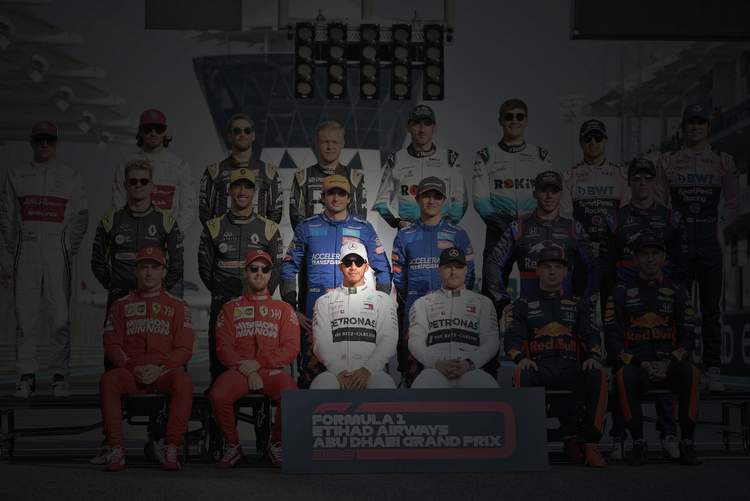 Accolades continue to pour in for six-time Formula 1 World Champion Lewis Hamilton in the wake of the Abu Dhabi season finale, now – arguably the one that will please him the most is that his peers have voted him the Best-of-the-Best.

After impressing F1 team principals who voted him their Driver of the Year, the Mercedes driver has now topped an F1.com poll conducted among fellow drivers – the F1 Class of 2019 – who agreed with their respective bosses.

Hamilton as well as teammate Valtteri Bottas, Ferrari duo Sebastian Vettel and Charles Leclerc, and Alfa Romeo’s Kimi Raikkonen did not partake in the poll.

The official website said of the procedure: “Drivers were allowed to vote for themselves – though intriguingly, not all of them did – and their lists were submitted on the condition of anonymity.

“Scores were based on the current F1 points system, with the top driver on each list earning 25 points down to one point for the driver in 10th. The lists were then combined to create an overall top 10.

The website did not release the scores however Max Verstappen was rated second best by his fellow drivers with Charles Leclerc third according to the report.

Hamilton and Verstappen have topped the drivers’ poll for a second year running.

Sebastian Vettel was only ranked eighth, while Carlos Sainz obviously earned respect with his first season at McLaren, ending fourth on the list when last year he failed to make the top ten.

Despite a below-par first season with Renault, Daniel Ricciardo is still held in high regard as sixth on the list testifies.

McLaren’s Lando Norris, who was voted the fan favourite in a separate poll,  was he highest placed rookie while the official 2019 Rookie of the Year Alex Albon was not in the top ten. Pierre Gasly on the other hand, the demoted to Toro Rosso by Red Bull halfway through the season, was tenth on this year’s list.

Who better to rank our class of 2019 than the drivers themselves?! 🙌

And some of their results might surprise you 👀#F1