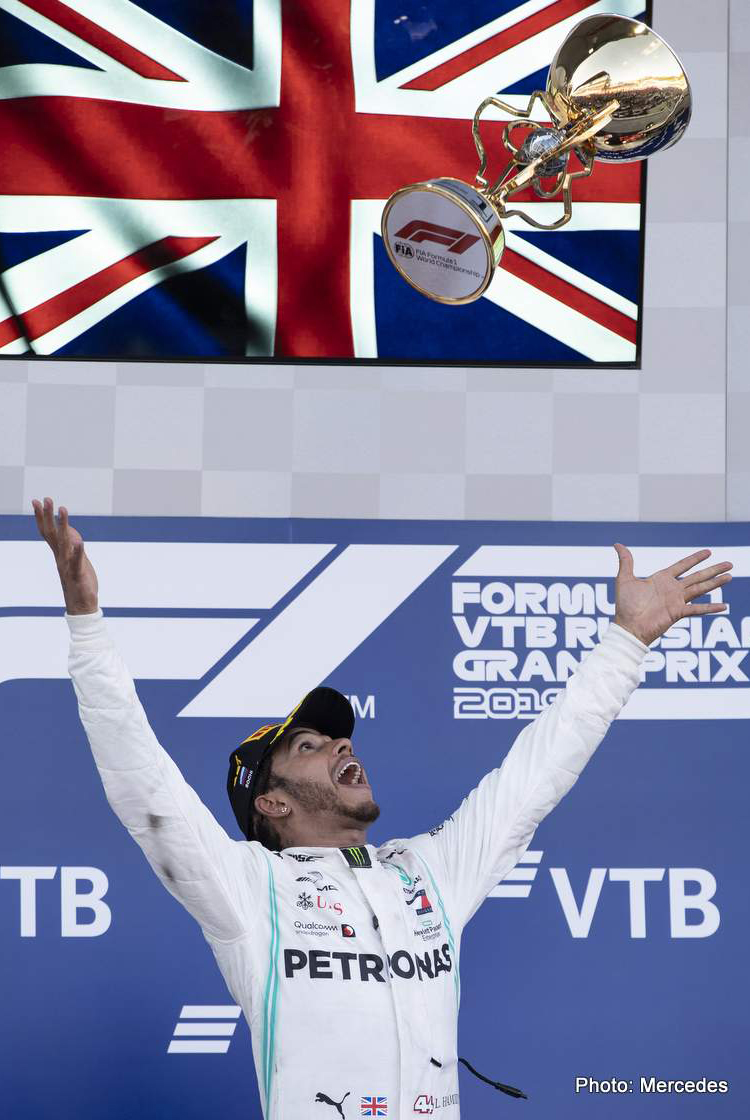 No surprise Lewis Hamilton has been voted 2019 Driver of the Year by nine of the ten Formula 1 team bosses, with Max Verstappen runner-up in the poll conducted by the sport’s official website.

Mercedes driver Hamilton racked up 11 wins out of 21 races this season, long ago making this year’s title race a formality in the latter half. He also signed off the season with a resounding victory at the season finale in Abu Dhabi.

Notably, once again this season the Briton was able to raise his game when and where required, his teammate in equal kit was no match while the rest were left in his wake during the first half of the season when all the hard graft was done. Valtteri Bottas was fourth on the list.

Red Bull’s Verstappen has emerged as a proper force among the elite drivers in the top flight, his services would clearly be appreciated rival team principals who voted him second-best over Charles Leclerc in third.

The Ferrari driver more impressive, to bosses, than his four-time F1 World Champion teammate Sebastian Vettel whose woeful season made him the fifth-best driver in the poll.

Alex Albon clearly made an impression up-and-down the pitlane as, despite only half the season with Red Bull, he was regarded as the sixth-best driver on the grid. Pierre Gasly, who was demoted to Toro Rosso, did not make the top ten.

The Thai rookie impressing bosses more than did fellow rookies George Russell and Lando Norris who were ninth and tenth respectively.

Carlos Sainz was seventh on the list in the wake of a strong first season with McLaren, with Renault’s Daniel Ricciardo eighth after a year in which he never got a sniff of the podium.

Notably, off the list were veteran Kimi Raikkonen in his first season back at Alfa Romeo (Sauber) who made Antonio Giovinazzi as did Sergio Perez to Lance Stroll at Racing Point. Neither veteran impressed enough to make it into the top ten.