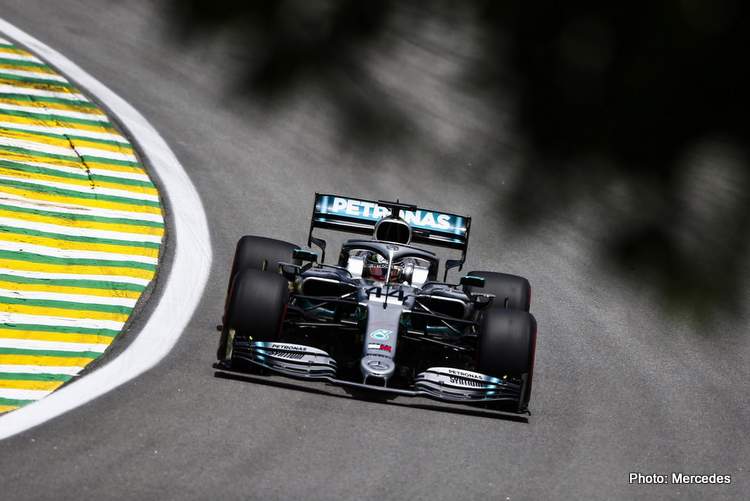 The stage is set for a salubrious qualifying for the Brazilian Grand Prix, after Lewis Hamilton showed his hand to claim top spot on the timing screens after the one hour third and final free practice session of the weekend at Interlagos.

The Mercedes driver was only 0.026 faster than Red Bull’s Max Verstappen and Charles Leclerc almost three-tenths adrift in his Ferrari and teammate Sebastian Vettel a further tenth back in fourth.

Hamilton, already the 2019 World Champion, is clearly keen on ending the season on a high as he did last year. His effort was eight-tenths quicker than teammate Valtteri Bottas’ best effort which was only good for sixth.

Verstappen – who clearly relishes the track – was also eight-tenths up on his teammate, the Thai rookie struggling to find the sweet spot after his FP1 crash when he topped the timesheets. He was fifth at the end of the session.

Daniil Kvyat found some handy pace in the Toro Rosso to end seventh and Best of the Rest, a good comeback after a torrid first two days for the junior team. The gap the top time was a second.

Alfa Romeo’s Antonio Giovinazzi ended up eighth, ahead of McLaren duo of Lando Norris in eighth and Carlos Sainz tenth.

Nico Hulkenberg and Daniel Ricciardo were ominously out of sorts, the Renault pair down in 13th and 15th respectively.

While a full second separates the Haves from the Have-Nots, similarly a second covers seventh to 18th!

Apart from the stage being set for an almighty three-team battle for top spot on tomorrow’s grid, and a very close tussle to be top of Formula 1.5. 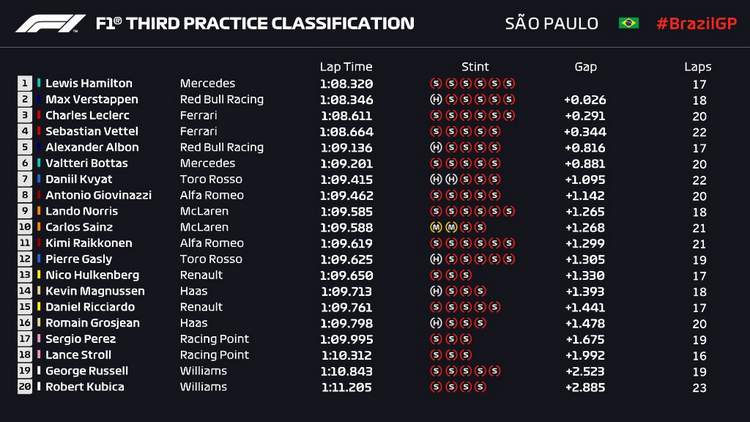