The Day After: A Sensational Sixth 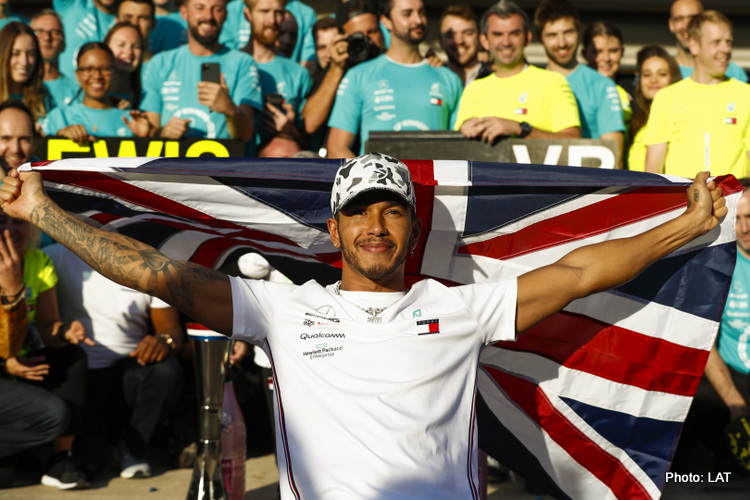 He may have been unable to hold on for a victory, but Lewis Hamilton took a much more important prize on Sunday in Austin.

Forgive me if you’ve heard this before, but here it is again: Lewis Hamilton is your driver’s champion.

F1 being what it is in the wider public consciousness, he might never get the credit he deserves – I mean, he should’ve been knighted at least three titles ago – but for us that know, there’s no doubt he belongs up there with Messi, Ronaldo, Federer, Woods, Bolt, Phelps and Schumi himself as a sporting titan of the 21st century.

Indeed, even on a day where he didn’t win, we still got another taste of what makes him so special, pushing for a win he absolutely didn’t need. Whatever you think of him as a person, there is no denying he is a racer through and through.

So congrats to Lewis, it is an absolute privilege to watch him drive, and I hope he is in the hunt for several more titles yet.

That said, it would be nice if he could get an honest-to-goodness, season-long challenge in 2020. Valtteri Bottas was impressive on Sunday, but it was too little, too late, while Ferrari were – once again – Ferrari. If only for the sake of Hamilton, who will still have naysayers, it would be nice to look back on a season and not have to ask what could’ve been.

This “Ferrari losing their engine advantage” story doesn’t look like it’s going away anytime soon, particularly when Max Verstappen comes out after the race and straight-up accuses them of cheating. Certainly they were never in the race today, but they also struggled mightily getting anything out of the tyres, so it might be a bit simplistic to assume they turned their fuel-flow rate down. Regardless, it adds a bit more intrigue to the last two races.

For the second time in as many races, Daniil Kvyat drew the ire of the stewards with another ill-advised passing manoeuvre, this time taking-out Sergio Perez. Not sure he has much of a shot at the Red Bull 2020 seat with the way Alex Albon is driving, but he’s not helping his chances regardless.

Great gesture from Sebastian Vettel to come into the cool-down room and congratulate Hamilton. Looks like Bottas still needs to work on his fist-bumping, though.

Forced to come back through the field after his lap 1 incident with Carlos Sainz, Albon put in some superb overtakes to finish P5 despite stopping thrice. I’ll admit I haven’t been quite as impressed with his Red Bull stint so far as some other, but I don’t see how Helmut Marko goes away from him in 2020 with performances like this.

Another real team effort from the Scuderia, Sebastian Vettel runs wide and his suspension implodes, while Charles Leclerc was treated to another disastrous pit stop. One of these races they’ll get it together, surely?

“Yesterday… it sucked, you know? I love qualifying and I was looking for one of those special laps and it was below average. I practised it, practised it and practised it and to think that we’re towards the end of the year and I’m still having those experiences… it’s OK because if it was all good and perfect there would be nothing to be excited about. I came here today in fifth, knowing that it’s going to be a very, very tough race. I watched all the starts from all the previous seasons that we’ve had here, trying to figure out where I’m going to place the car at the beginning of the race and all I could see was first place. How do I get to the guy that’s right on first. I wasn’t even looking at… when I was in third, I wasn’t even looking at the blue car that was ahead of me, I was looking at Valtteri and that’s how I’m built, I’m always looking and wondering… I was like, don’t give me the times of the car ahead of me, I want to know the times of the car ahead because that’s the one I’m trying to beat.” – Lewis Hamilton.

An excerpt from his press conference – which I encourage you to read in full – which gives just a little insight into what makes Hamilton the champion he is.