Morning After: Bump and Grind 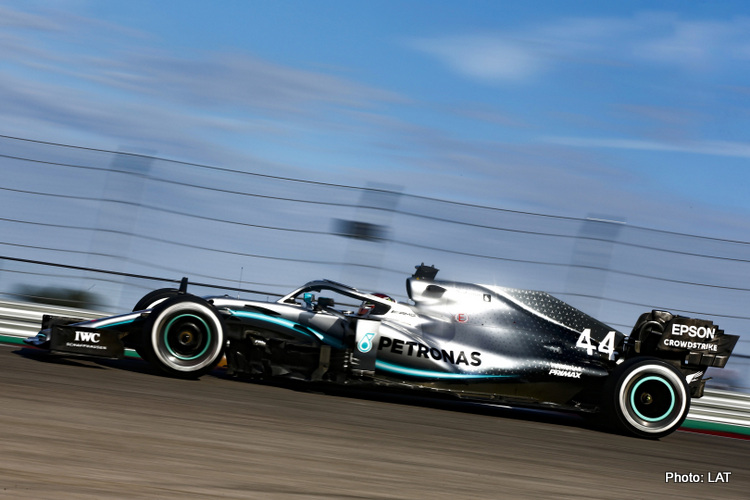 The track might be more uncomfortable than ever, but that didn’t deter champion-to-be Lewis Hamilton from putting-in a customarily strong showing at CotA to lead the way on Friday.

Needing just an eighth-place finish to clinch the title here in Austin, it’s safe to say Lewis Hamilton got the exactly the start to his weekend he wanted.

Fastest overall in FP2, with some searing long-run pace to boot, it seems the only way he won’t wrap-up the title this weekend is if a horde of teenage girls burn-down the circuit after Saturday’s Pink concert.

That said, considering his fastest time was set with a significant tow down the straight, you can’t exactly lock him in to be celebrating title #6 from the top-step of the podium. Indeed, the big three seems about as evenly-matched here as they’ve been all season, with CotA’s liberal borrowing of corners from other tracks letting each of Mercedes, Red Bull and Ferrari play to their strengths in some part. How that turns-out come Sunday should be fascinating to see.

Additionally, the extreme bumpiness of the circuit this year could act as a further wrinkle. Whether in terms of unseating the car or physically knocking-about the drivers, we could be in for a few more spills that usual this weekend, and for the final result, when and where they happen could make all the difference.

0.075 seconds. All that separated Alexander Albon from Pierre Gasly in FP2. Credit where it’s due, the Frenchman is definitely more comfortable in the Toro Rosso.

1.5 metres. Amount turn 1 has sunk since CotA opened in 2012, per MsportXtra. I don’t know how, but this can’t be allowed to continue for another year.

Track limits look set to be a big issue this weekend, and that could throw up a few surprises in qualifying. Indeed, if you’re one of the big three trying to skate-through Q2 on mediums and get your time deleted, that could have a significant impact on race tyre strategy.

Great to see Lewis Hamilton’s race engineer Pete Bonnington make it back trackside sooner than expected. It wouldn’t be a proper championship celebration without hearing “get in there, Lewis!”

I suppose it’s only fitting that here in Texas, Max Verstappen is sticking to his guns and firing back at Hamilton and Sebastian Vettel for their remarks in Mexico a few days ago. Not sure the guy who refused to slow for a crash can accuse anyone of being “disrespectful”, though.