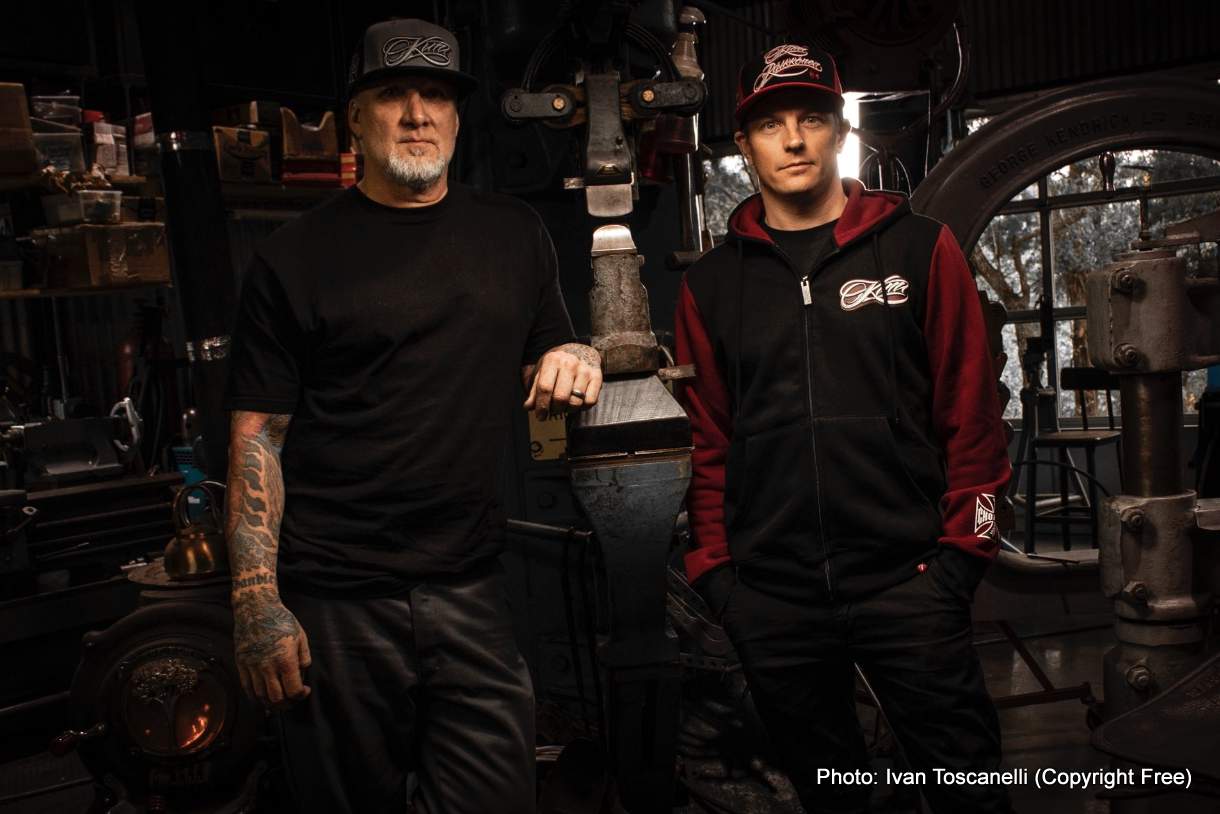 Kimi Raikkonen is a Man of Few Words so when he speaks we tend to listen, thus when he offers his good name to a new fashion brand from the house of an iconic one, that’s a huge talking point because this is a rare occasion for The Iceman!

The exciting new range broke cover during a press conference at West Coast Choppers headquarters in Austin on Tuesday, where Jesse and Kimi spoke about their plans and vision for the new range which combines Kimi’s love for choppers and motorcycle culture to his prowess as one of the best Formula 1 drivers of the past two decades.

James said of the venture: “The West Coast Chopper brand is based in Holland since early 2000s. I’ve been a big Formula 1 fan, and Rupert and Johan, who manage the brand in Europe, always wanted to get our foot in the door. I feel like a lot of the same fans who like West Coast Chopper stuff are into Formula 1

“We were talking about the idea (and I’m friends with pretty much the whole crew of the Mercedes team) and I asked them if they had a contact for Kimi because I [needed] someone to represent the brand and create a sub-brand under his name. I thought that would be a pretty good idea so that’s how we got hooked up.

“We just started talking and then our graphic designer – who’s Canadian – started putting together designs and ideas and the more we looked at it, the more I looked at Kimi’s attitude and perspective, is really the same as mine. We’re people persons!” 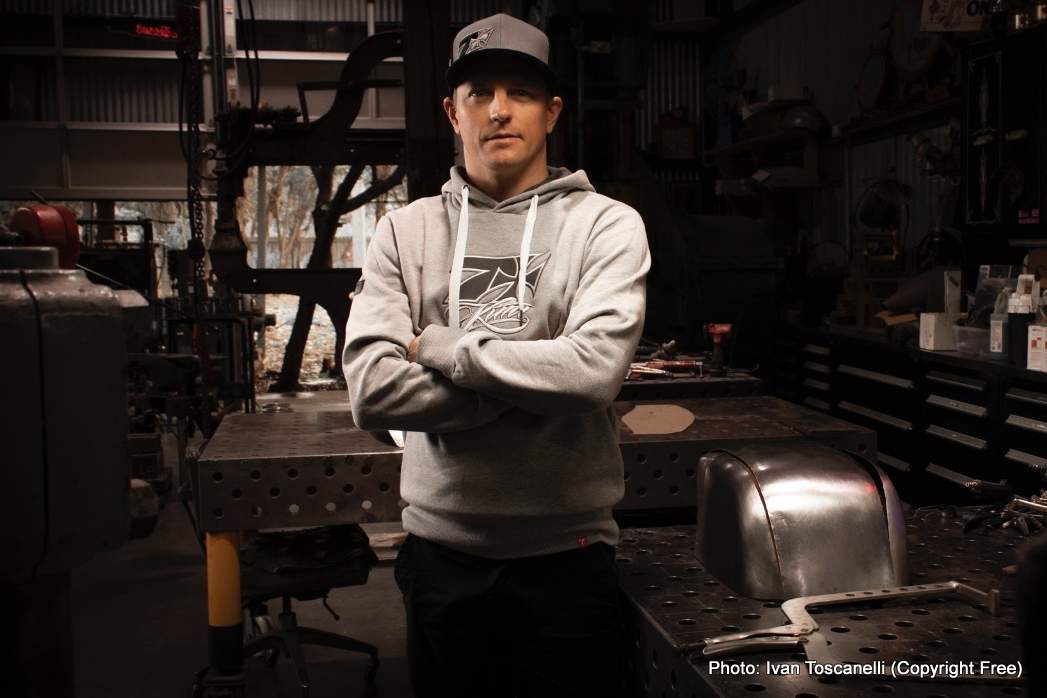 Kimi added, “I’m very happy that this happened. Over the years there’s been a lot of different things that I’ve been asked if I want to do this or that, but I only try to do them when I feel it’s right, and when it fits me and this was absolutely one of those. Yeah, it was quite easy to say: okay, let’s do it and see what happens.

“I’ve seen, obviously, Jesse on TV for many years, and I think it’s a great opportunity. I’m excited about it and hopefully, the people who buy it are excited also.”

According to West Coach Choppers, “The collection reflects the dedication, determination and hard work needed to get to the very top with a hat tipped to the blue-collar backgrounds of both Jesse and Kimi.

“The products are made of high-quality fabrics using the finest craftsmanship to deliver a unique product where the focus is on attention to detail. Exactly how Kimi and Jesse are as people.

“The wide launch collection carries t-shirts, headwear, jackets and sweatshirts for men, women and kids. Soon new products will be added including accessories, shorts and other products. The range will be dynamic and will evolve during the course of different seasons and developed on a need to basis to keep the look continuously current and original.”

Kimi is, without doubt, one of the, if not the most popular racing driver on the planet and has been so for the past two decades. Fans love his no-nonsense approach, his genius as a driver and his “I do it my way” attitude.

“It’s for everybody’s kids not just mine (laughter) but obviously my daughter is going to use it and my son too. Even I am going to use it because I chose it,” added the Iceman.

On the day of the launch, the website www.kimibywestcoastchoppers.com went live offering the products to the public, with shipping worldwide on competitive rates.

James explained the logistical side of the range, “Goods will be shipped from Europe enabling a fast delivery to every part of the world with local customer service points in both Europe as USA, so good service can be assured.

“Further to that, the products will appear live for the first time within the F1 circus this weekend at the US Fl GP at COTA. The products are exposed and will be for sale in the F1 Fan village where it will have a designated space at one of the vending locations.

“From here the collection will be offered at all Fl GP’s from now on into 2020, making Kimi the only driver having his own personal collection at display around the Fl calendar. The brand has already been picked up by numerous channels and distributors and we welcome enquiries from trade and fans.”

Kimi is in Austin for this weekend’s United States Grand Prix at Circuit of the Americas where he will line-up on the grid for Alfa Romeo to contest his 313th Formula 1 race. Last year he won at the venue as a Ferrari driver. 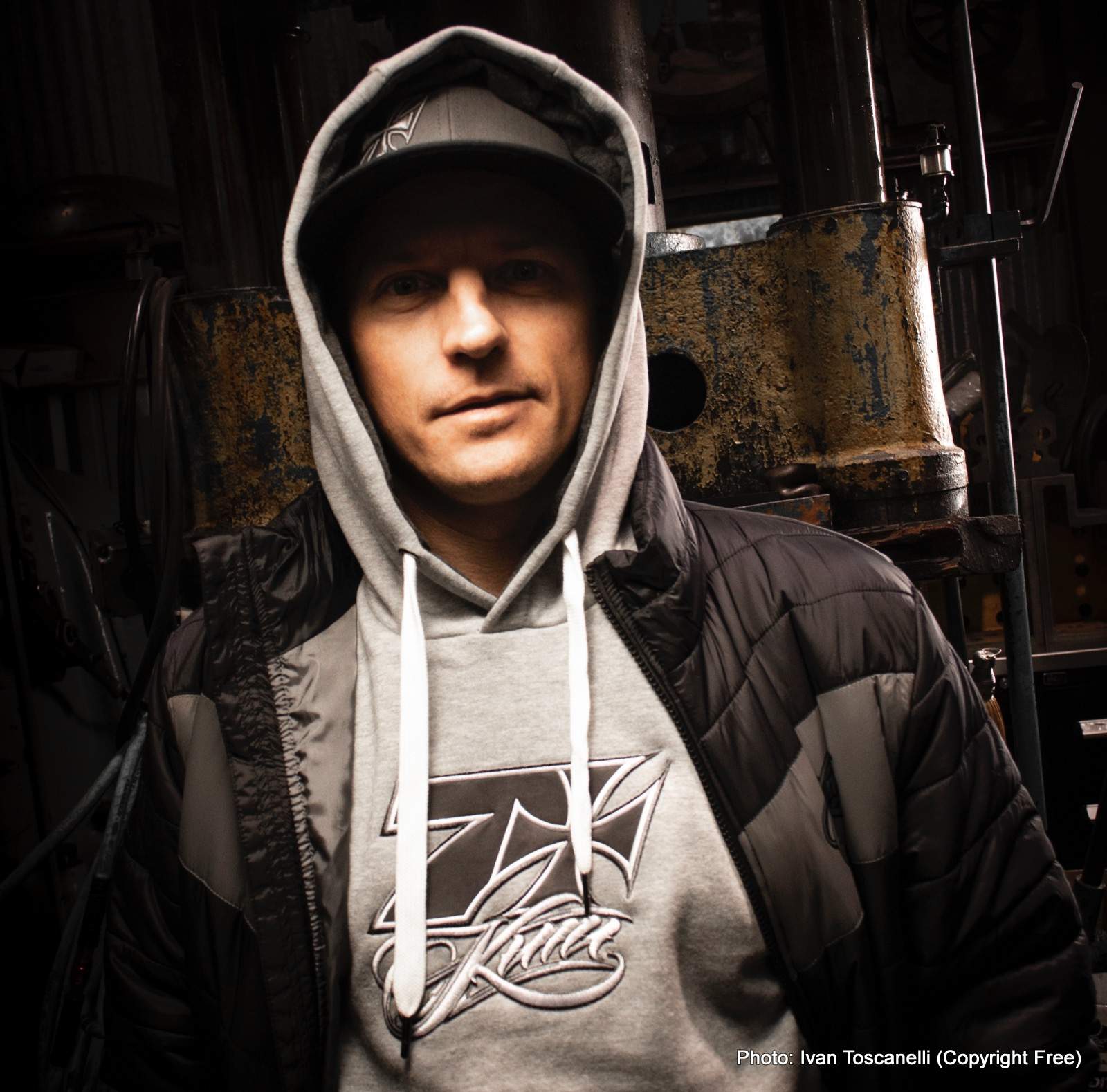