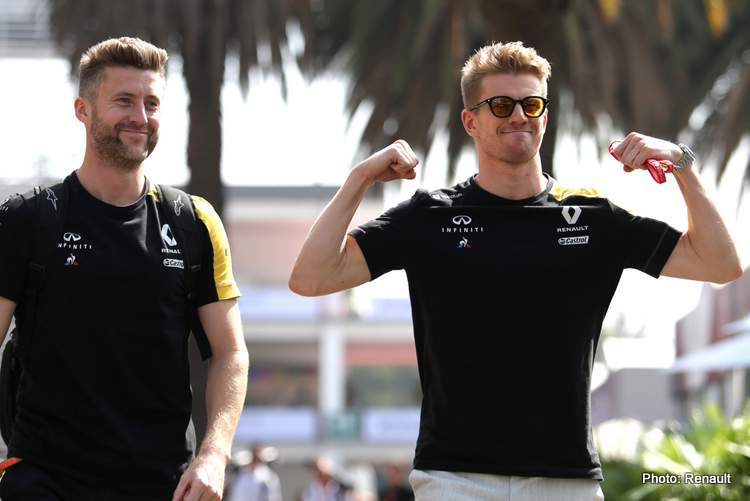 Given their first chance to talk to the press since their disqualification from the Japanese GP, both Nico Hulkenberg and Daniel Ricciardo maintain they are unconcerned about Renault’s performance moving forward.

The French team has decided not to appeal the disqualification, even though it says a brake balance display system was “fully legal and innovative”.

Nico Hulkenberg commented: “I don’t think it’s something that is going to strongly affect our competitiveness on the track, so in that respect I am calm.”

Daniel Ricciardo agreed that Renault simply needs to move on.

But there are different opinions in the paddock. It turns out that the Renault system was a read-out on the steering wheel that told the drivers which brake balance to set per corner.

Racing Point reportedly became suspicious of the system after an onboard go-pro video of Daniel Ricciardo’s first laps in the 2019 car emerged in the winter.

“I don’t know because I haven’t tried what Renault used, but in principle it would give you an advantage,” said McLaren’s Carlos Sainz.

But Renault sporting director Alan Permane insisted: “If this is the benchmark, then any information the driver has about tyre temperatures or anything else is also a driver aid.”