Montezemolo: I would have words with Leclerc 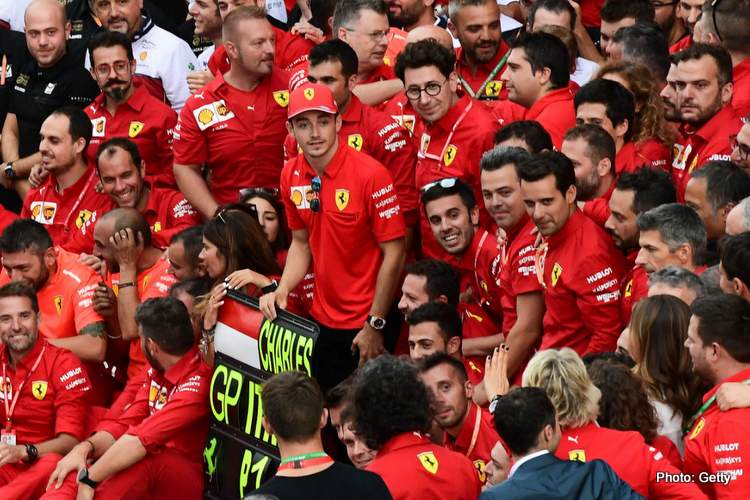 Former Ferrari president Luca di Montezemolo says he would rebuke Charles Leclerc after the Italian team hogged the headlines after the Russian Grand Prix in which the mismanagement of their drivers was sorely exposed.

As the friction rises between the 21-year-old Monegasque and his quadruple Formula 1 World Champion teammate Sebastian Vettel, Helmut Marko said this week that Leclerc is “playing his part in the tension”.

“If Leclerc had complained like that to me, then he would have heard more than a few words in my office,” he told Corriere dello Sport.

“I can remember a situation with Rubens Barrichello when he was upset about making room for Schumacher in Austria,” Montezemolo added. “I told him: You will do what we ask you to do and that’s it, but I can say to Leclerc is that he is one of the best of his generation.”

Montezemolo said one of the problems in Formula 1 is that the media is often wide off the mark with its reporting, “Many people who write about Formula 1 know little about the sport. Like when they ask me how Schumacher compares to Lauda. They are completely different generations.”

When asked what needs to happen in order for Ferrari to finally win another F1 world championship, the 72-year-old Italian joked: “My comeback.”

Big Question: Is Charles being precocious?