Verstappen: Not good enough. We came here to win 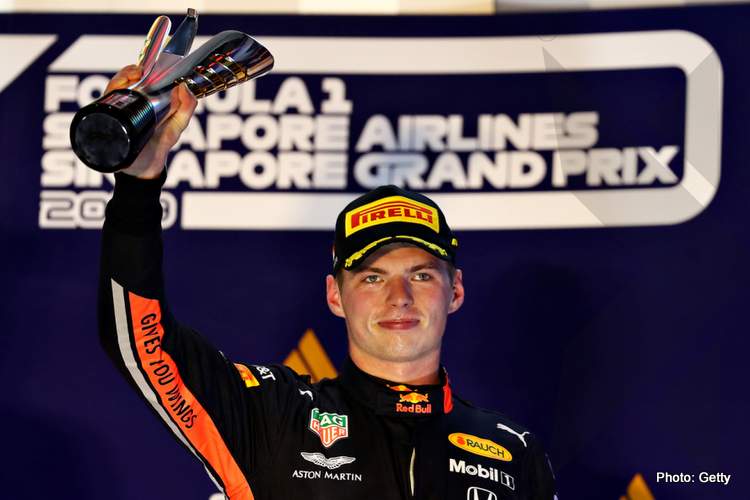 Max Verstappen is not a very good actor, despite knocking Mercedes off the podium and finishing third to the Ferrari duo at Sunday’s Singapore Grand Prix, the Red Bull driver was all smiles but deep inside he was seething.

The twisty confines of the aero-friendly Marina Bay Street Circuit was supposed to suit the Adrian Newey-penned RB15, but simulator correlation problems negatively affected the blue cars’ setups this weekend according to team consultant Helmut Marko.

While Verstappen did his best to appear content with the result in the post-race interviews and during the top three press conference, he could not resist a stab at his team when he declared: “Not good enough. We came here to win and clearly didn’t.

“Yesterday I think was worse than today but I would say it’s a little wake-up call. From Austria onwards, it’s maybe our worst race in terms of performance, where we expected to be really good.

“I have a few ideas why it went wrong so we will analyse all of them and see if we can already be better in Sochi. The layout is not that amazing for us but you can clearly see if the car is working through corners or not. I think here, clearly, in too many corners the car was not working like I wanted it to. We’ll go home and see what we can do better.”

Ferrari stumped everyone by finding updates that could leverage their updates and subsequently powering to an unlikely one-two on what everyone predicted would be their bogey track which resulted in Sebastian Vettel leading home teammate Charles Leclerc on Sunday.

Asked if there was anything he could have done differently to at least beat one of the Ferrari duo if not both, he teased with a grin, “No. It’s very simple. I could make it a huge story, but no.”

After a below-par qualifying, Verstappen said of his race day package, “It was a bit better. I think in the race I could follow, a bit. I was not in a position to attack but at least I could follow the cars ahead of me around, they never really pulled away.

“Of course initially it was all about tyre management anyway, so I was driving really slowly. I think we pitted at the right time, undercut Lewis, that was very positive and from there onwards it was just about staying alert with the safety car re-starts as well.

“I think we managed everything quite well and I think for us after the difficulties we had in qualifying it was still good to be on the podium,” added Verstappen who is tied on points with Leclerc for third place with six races remaining in the 2019 championship.

Big Question: When will Max run out of patience?