Inside Line: What the f@ck are they thinking? 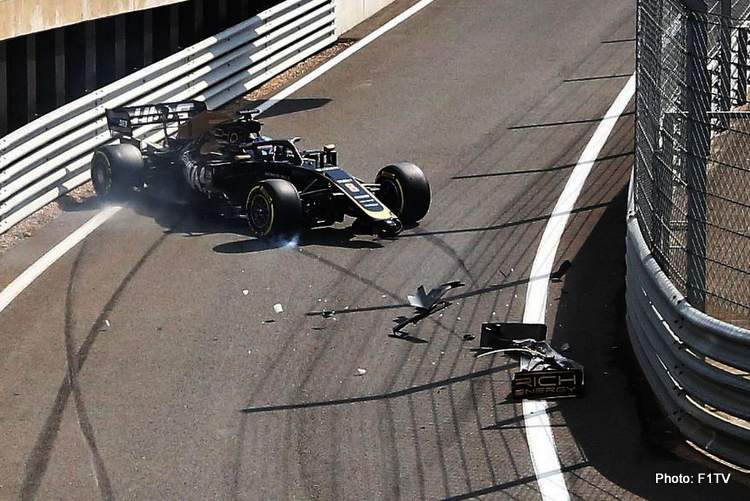 While I was on a business trip to Cologne, Ben Stevens manned the fort as I switched off Formula 1 for two days – a very rare occasion!

When I landed in Berlin on Thursday afternoon, after two action-packed days of meetings, I returned to the reality of being the editor of this site.

The first message that popped on my WhatsApp as we descended on Tegel was from my Brother in Arms Joao who wrote: “Lots of news today. Can’t believe Haas though.”

I immediately went on to the GP247 APP and read the news: “Haas to keep Grosjean and Magnussen” and my reaction was “What the f@ck are they thinking? Gene Haas?”

Surely Romain has not done enough to stay on another year and with Nico Hulkenberg on the market it was a no brainer for just about all of us that Romain would be off to drive Scalextrics.

No doubt that Gene Haas has his reasons to believe that Romain will be great for the team in 2020 but – it must be asked – based on what? The Frenchman’s steady improvement since he joined the grid 157 races ago?

Romain, who is 33, is no better now than he was a DECADE ago when he crashed his way into the top flight. For sure there were signs brilliance and at times he was magnificent in 2013 in a handy Lotus car, but unfortunately, those have been few and far between and of late – make that the past two seasons – the guy has gone backwards.

So why the decision? Does he bring buckets of money? Obvious question but I don’t see many French product stickers on the black and gold livery.

I have no axe to grind with Romain, who is actually a very intelligent and articulate guy, but he is not a good F1 driver anymore and he is taking the place of guys who should be in F1.

Door-stops like Romain (and there are several on the grid) have denied alternative talent to flourish for a decade and prevented guys like Sam Bird, Antonio Felix da Costa, Gary Paffet, Neel Jani, Andre Lotterer and many more from a crack at the top flight.

This year Romain has done absolutely zip to deserve a drive in the top tier, and if Haas were really serious they would have used this as an opportunity to really show their intent or at least maximise the obvious opportunities.

Why does Gene not realise that a guy like Alexander Rossi is ready to step up to F1 and thus give him a drive in 2020?

Why do Liberty not see this as a chance to further leverage the sport to the USA market and give a helping hand to make it happen. Bernie would’ve done it I am sure.

An American team needs an American driver in F1. It’s a tradition and a business model that would work in the current environment if properly marketed, and that should start with their drivers.

How will they attract American backers with a grumpy Dane and a crash-prone Frenchman? Seriously, what is Gene thinking? Who is advising him? Guenther?

Stick Alexander in the car and you have the real deal, the next Mario Andretti perhaps. He has the personality, he has a strong following Stateside and, by all accounts from deep insiders, he has become a very respected competitor, fantastic on ovals and road races.

Haas could open a pipeline for young local talent, become the Ferrari of the USA. Dream big and do it right by maximising the obvious opportunities.

Perfect opportunity to create a much-needed synergy between Indycar and F 1, let it develop into an additional alternative feeder series to the top flight; and also a fall-back for guys who can’t quite crack the big time eg. Marcus Ericsson – I am a big fan now that he is in IndyCar but I wasn’t when he peddled around in F1.

Is Gene not seeing this? These are far, far smarter people than us that appear to have little vision, which makes it all the more confusing that they are not seeing the bigger picture.

How cool would it have been if the Haas press release had announced yesterday:

“We wish Romain Grosjean a good future elsewhere. You are a cool guy but you pranged too many cars and you don’t learn from your mistakes. thanks.

“We are happy to announce that Kevin Magnussen will remain because he actually can drive and he has the attitude, but he is on a warning play the team game or you walk the minute you don’t. Block everyone but not you teammate! You do that you go.

“We welcome Alexander Rossi to the team for 2020, he knows few believe Indycar drivers are any good so this is a chance for him to prove them wrong. We have high expectations he will deliver on a higher level the Romain ever did.

“He is going to do comprehensive testing in an older Haas F1 car to familiarise himself with the processes and the hybrid technology and he will be well prepared from a testing point of view by start of season 2020.

“We also welcome Colton Herta as reserve driver. He is young and we will give him FP1 time in Magnussen’s car at 6 venues during the course of the season.

“And finally, we are delighted to announce Pepsi as our title sponsor.”

Instead, we have for us another year of Romain breaking cars.