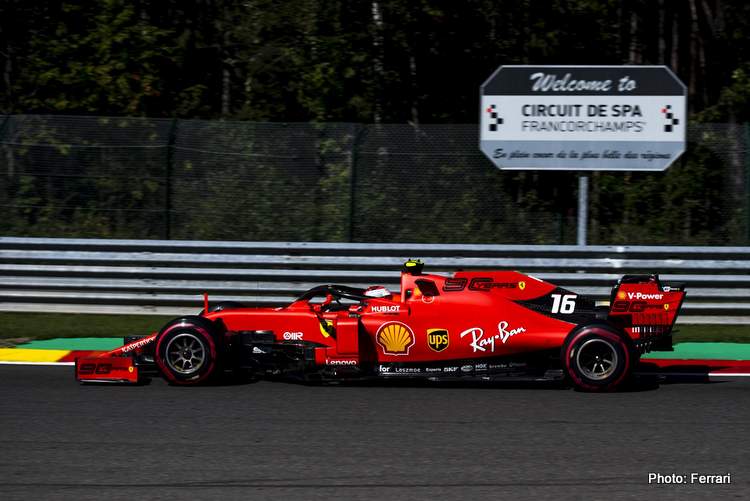 Charles Leclerc continued to hog the top of the timing screens by going fastest of all in the final FP3 practice session of the Belgian Grand Prix weekend, as world championship leader Lewis Hamilton crashed halfway through the session at Spa-Francorchamps.

Leclerc again had the better of Sebastian Vettel, the 21-year-old nearly half a second quicker than his Ferrari teammate with a best time of 1:44.206.

Mercedes turned up the wick after a below-par Friday, with Valtteri Bottas in third within half a second of the top time suggesting that the silver cars may not be as bad as it appeared on the evidence of what we saw yesterday.

But the big headlines were triggered by Lewis Hamilton’s crash on the half-hour mark. It was a big impact after he got it wrong at Fagnes and speared the wall. The world champ hopped out of the car unscathed. He ended the session seventh.

Renault’s Daniel Ricciardo surprised all with a stonking lap that was good enough for fourth, Renault’s new-PU apparently finding legs.

Oddly all the other Renault powered drivers were nearly a second shy of the Aussie, suggesting a massive tow of sorts during his hit lap or a massive step by the French outfit who were only seven tenth’s shy of the top time with that effort.

Max Verstappen was fifth but over a second adrift of the top time while Red Bull kept new boy Alex Albon focussed on race pace (but six seconds down on the pace was very odd) and as a result he was slowest of all.

It was a mixed bag for Racing Point with Sergio Perez sixth, albeit 1.3 seconds down on Leclerc but eight tenths up on Lance Stroll who was only good for 16th.

The Ferrari customers were also enjoying a surge of form with Alfa Romeo duo Kimi Raikkonen and Antonio Giovinardi, eighth and ninth respectively ahead of Haas’s Romain Grosjean (11th) and Kevin Magnussen (13th), only three-tenths separate the quartet on the timesheets. 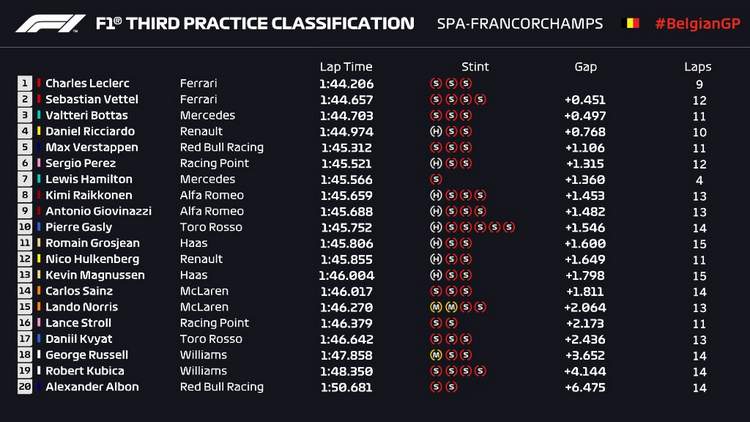