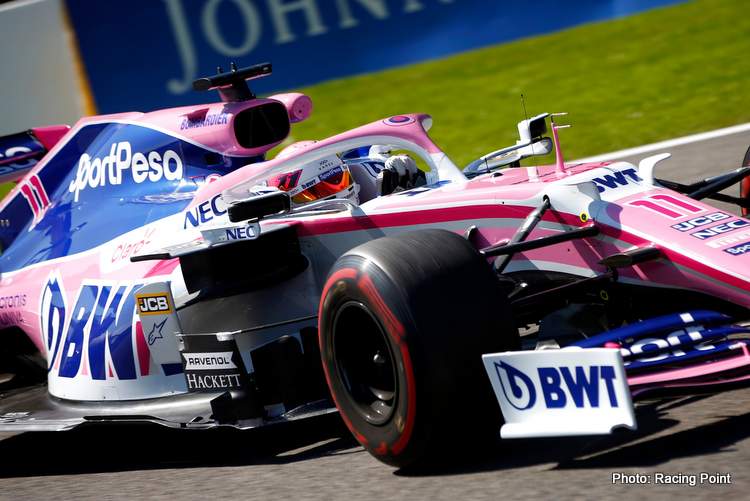 Racing Point report from day one of the Belgian Grand Prix weekend, Round 13 of the 2019 Formula 1 World Championship, at Spa-Francorchamps.

“We are still investigating the problem at the end of second practice, but it looks like a drop in oil pressure which killed the engine. Hopefully, it won’t impact on the rest of the weekend too much, but we need to wait and see if anything is damaged and needs to be changed.

“Up until that point, things were looking good. The car was strong in both sessions and the new parts we introduced here made an immediate difference. There are still lots of areas to improve before tomorrow, but I’m feeling positive.”

“Today was one of the better Fridays we have had this season so that is promising. We did some consistent running and the pace of the car is looking good, which is what we expected here in Spa. We suffered some heat transfer issues behind my seat so we will look into that overnight but overall I am feeling positive. It is a shame we have an engine penalty but it is what it is.

“We will do what we can in Qualifying but the focus is going to be on setting the car up for Sunday and then trying to pass as many cars as possible to score some points! I’m looking forward to it and confident we can have a good rest of the weekend.”

Otmar Szafnauer, Team Principal: “It wasn’t the most straightforward day with a few operational issues that limited Lance’s running in both sessions. We had to abort a couple of runs with sensor issues and then there was a heat transfer issue with his seat.

“Then, right at the end of the session, Sergio was forced to stop the car. Exactly what happened is still under investigation but the engine stopped as a consequence of an oil pressure loss. However, when we were on track, the drivers were reasonably happy with the car from a balance perspective and the updates appear to have brought performance gains.”