Schumacher: I will go to F1 when I’m ready and comfortable 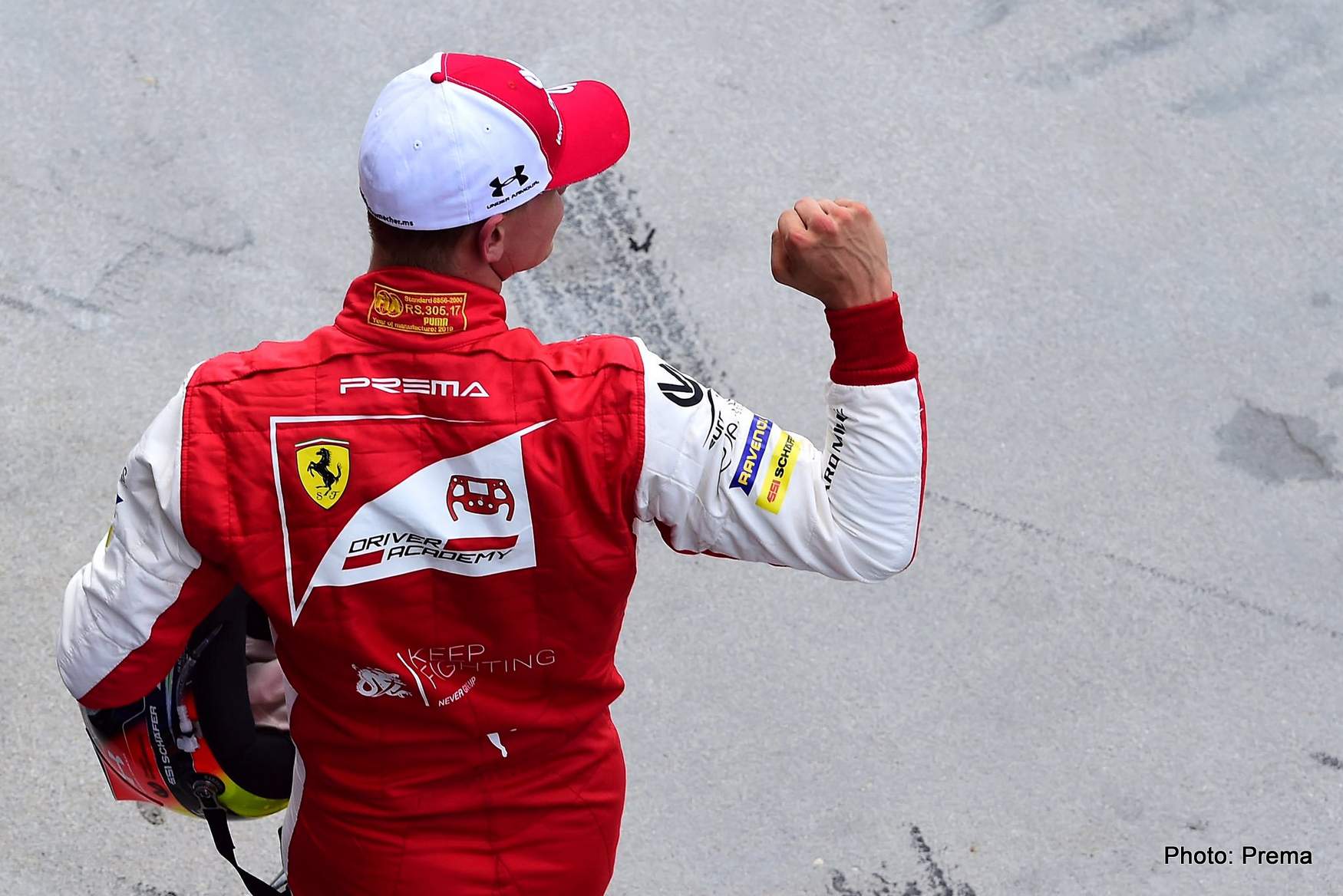 It is almost inevitable that the son of Formula 1 legend Michael Schumacher became a racing driver, that he is proving handy at the craft is a bonus as the paddock prepares for the arrival of Schumi III on the big stage.

However, 20-year-old Mick Schumacher is in no rush to break into the top flight and suggested he might be on the fringes for a couple of years before the timing is right for a full F1 campaign.

Meanwhile, he is part of the Ferrari Driver Academy (FDA) and is doing a full Formula 2 campaign with Prema Powerteam.

Reflecting in the wake of his reverse grid Sprint Race victory in Hungary last time out, Schumacher junior told reporters of his journey to F1, “I think only time can tell. Obviously having the first victory in F2 is a great thing.

“I still need to work a lot on myself. Whether I go to F1 next year or in two years or three years, I don’t know. Only time can tell that. I will do my best possible to try to learn as much as possible so that when I do make the step, I am ready and comfortable.”

It would be fair to say that young Schumacher has not taken Formula 2 by storm nevertheless, the young German gets better race-by-race with max-points in Hungary perhaps a catalyst to ramp up his campaign in the second half of the season, much like he did in Formula 3 last year.

“It’s good that we have done it in a way that is also I think not easy, because we had a lot of pressure, not only from Nobu (Matsushita) but throughout the whole season. We had some very strong performances, but not enough points for what we had.

“I refer back to Red Bull Ring or Silverstone where the pace was great, but in many ways, we didn’t manage to really exploit it. In general, I’m really happy that we managed to get that win, but mostly also getting those points in.”

Schumacher has already tested for Ferrari and Alfa Romeo this year as the Reds groom the son of their favourite son for the top flight.

His career path is following in the FDA footsteps, of Jules Bianchi (until it was cruelly cut short) and currently, Charles Leclerc and Antonio Giovinazzi – Schumi III may well be the next in line.

Big Question: When will Mick be ready for the F1 big time?

Mick Schumacher’s first win was made all the more special by being able to celebrate it with family members present in Hungary ❤️#HungarianGP 🇭🇺 #F2 pic.twitter.com/FNLuv3dXco