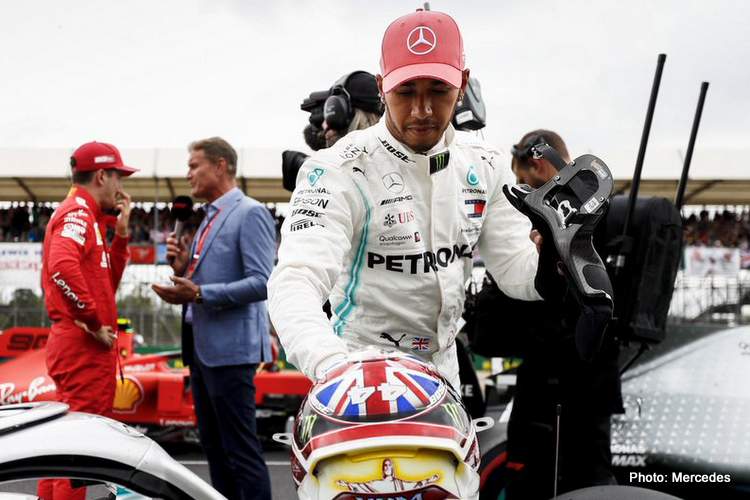 Lewis Hamilton took issue with a question regarding his “Britishness” which was posed to him during the top three press conference after Saturday’s qualifying for the British Grand Prix at Silverstone.

“Lewis, this is your home race and there’s lot of British flags out there and you’ve talked about loving coming back to the UK but there’s contention because you live in Monaco, and your accent isn’t maybe as British as others because you spend a lot of time in the US. So, why do you think that people question your Britishness?

Upon which Bottas quipped, “We all live in Monaco!”

Before Hamilton added, “We all do live in Monaco. It’s crazy now because every driver… I remember growing up, you remember watching Jenson Button and all the youngsters come through, and everyone migrated to Monaco and no-one ever said anything about it at the time.

“Of course, when I did, they had something to say about it. But no matter how often you go abroad or elsewhere in the world, you come back to the UK and you see the beautiful countryside, you see this great… y’know, the history of F1 and motorsport which is really here, and I see all my family who are also here and this is, of course, feels like where my heart is and ultimately fully British.

“Of course, I still like to honour my family heritage. My family are from the Caribbean. But… I don’t know. People have a right to their own opinion. If you look around, there’s a lot of Team LH caps.

“The support that I’ve had has been just incredible and it’s been growing over the years, and whilst, of course, there’s always going to be people with negative views on things, I feel like every day is an opportunity to try to turn those that do have a negative view on things.

“I guess over time I’ll do more and more positive things for the country. Ultimately, I go to all these race and I lift the British flag proudly. There’s no-one else in this sport that’s raised it so high. At the moment, probably that’s not enough.

“I’ll keep looking out for what else I can do. And for those who do follow me, I really do appreciate their support,” added Hamilton who will be hunting a record sixth victory in front of his home fans on race day.