Toro Rosso: Qualifying did not go as expected 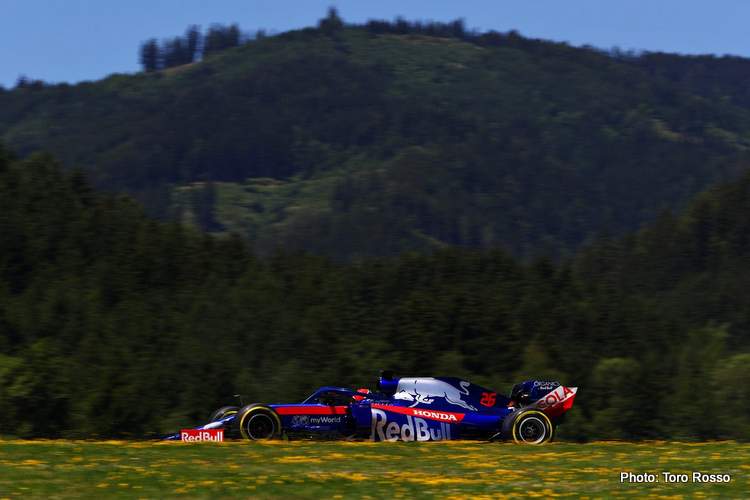 Toro Rosso report from day one of the Austrian Grand Prix weekend, Round 9 of the 2019 Formula 1 World Championship, at Red Bull Ring in Spielberg.

“I’m reasonably happy with today, I think that’s the best we could have done if we consider my penalty and I think we did a good job. It’s true we have to start from the back of the grid, but I’ve done quite a few long runs this weekend and the pace looks good, so a points finish is always the target.

“Overtaking here is a bit easier than on other tracks so we will see what we can do. I feel my Qualifying is getting better in the past few races. I started off pretty strong, had a bit of a dip in the middle and I’m getting the rhythm again now.”

“Unfortunately, our Qualifying was ruined today because we were blocked in the second last corner which cost us a lot of time. I can’t say much more than it is very frustrating. The feeling with the car was good throughout the session and I was on a good lap time which would have put me through to Q2.

“It’s a shame not to be able to show what the car was able to do today due to these things which are out of my control. We will do our best to recover but it will be a difficult race. I think today we could have been in Q3, or at least close to it, so starting from where we are tomorrow on the grid is not ideal, but we will do our best.”

Jody Egginton, Technical Director: “After a challenging Friday, where we struggled to get on top of a couple of persistent balance issues, the guys have worked hard to make improvements for Saturday. As a result, we have been more competitive in FP3, with the drivers being happier with the car balance heading into qualifying.

“However, Qualifying itself did not go as expected, with Dany not making the cut for Q2 after encountering traffic towards the end of the lap on his second run, forcing him to abandon to avoid a potential incident. Although it is probable he would have made the cut without traffic, the situation is that he has qualified out of position, making tomorrow’s race a more difficult challenge.

“Alex had a smoother Qualifying, but with his PU penalties the strategy was different, so we did not run a normal programme in Q2 to provide more freedom for the race. Overall, we are not satisfied with today as a team, as we have not taken the maximum from Qualifying. However, we will be fully focused on the race to try and recover.”