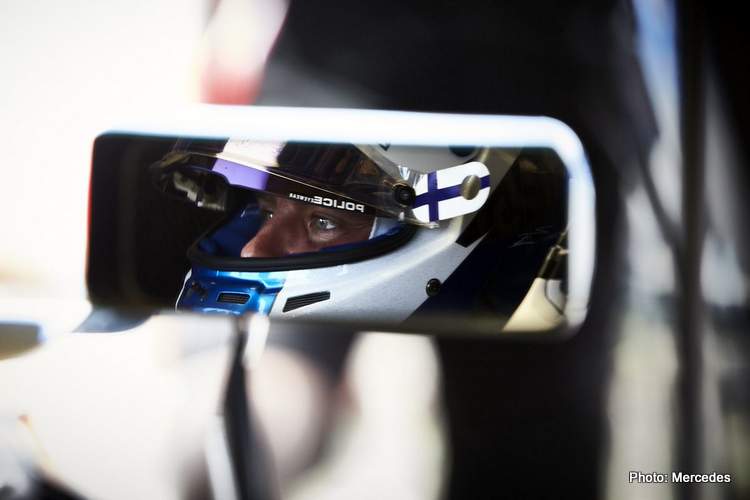 Valtteri Bottas can still challenge runaway leader Lewis Hamilton for the Formula 1 World Championship title but he needs to adapt his driving style to do it, according to Mercedes team boss Toto Wolff.

The Finn finished runner-up in Sunday’s French Grand Prix, a distant 18 seconds behind his teammate, and is 36 points adrift in the standings after eight races.

He has won twice this season — leading the championship after the opener in Australia and then taking victory in Azerbaijan.

But the prospects of a real title bid have faltered since Baku, with Hamilton winning four races in a row and six of the last seven. Bottas remains three or four tenths shy of his teammate as he has been since he joined the Silver Arrows, and of course he does not appear to have an answer to ‘Hammertime’ which hands the #44 car four-tenths more thanks to the driver.

The Finn won no races last year, as Hamilton romped to the title, and took most of the winter getting himself back into the right state of mind before returning re-energised in Melbourne as ‘Bottas 2.0’.

“With a decent start in some of the last races he could have won two of them, and he knows that,” Wolff told reporters on Sunday.

“So I’m optimistic that Valtteri just needs one good weekend in order to come close to Lewis and not let him run away with the championship.”

That said, the Austrian recognised that Bottas had work to do on tyre management, particularly at certain tracks where the rears have less grip into corners.

“Valtteri has shown great pace on the single lap, I think he’s ramped up his game tremendously from last season to this season,” said Wolff of a driver with three poles to his credit this year.

“Now the second weakness that he needs to tackle is the tyre management. And he’s very aware of that where he needs to improve.

“There are tracks where he’s as strong as Lewis, or has been stronger, where it’s not rear-limited. On the tracks where that is more of a factor, he just needs to change his driving style,” added the Austrian.

“That is not trivial for a racing driver but he has all the abilities to do that.”

Wolff reiterated that Mercedes treated their drivers equally, with the same opportunities and material, and assured Bottas the team would do all they could to make sure he was “in a good place”.

Bottas said on Sunday he had been unable to match Hamilton’s pace, and had suffered some front tyre blistering in the second half of the race, but would keep fighting.

“He was really strong and consistent today, and also yesterday in qualifying. He’s not unbeatable. I know that,” he added. “I just need to work hard. “He was quick and efficient on the tyres and that’s how he made the gap.”