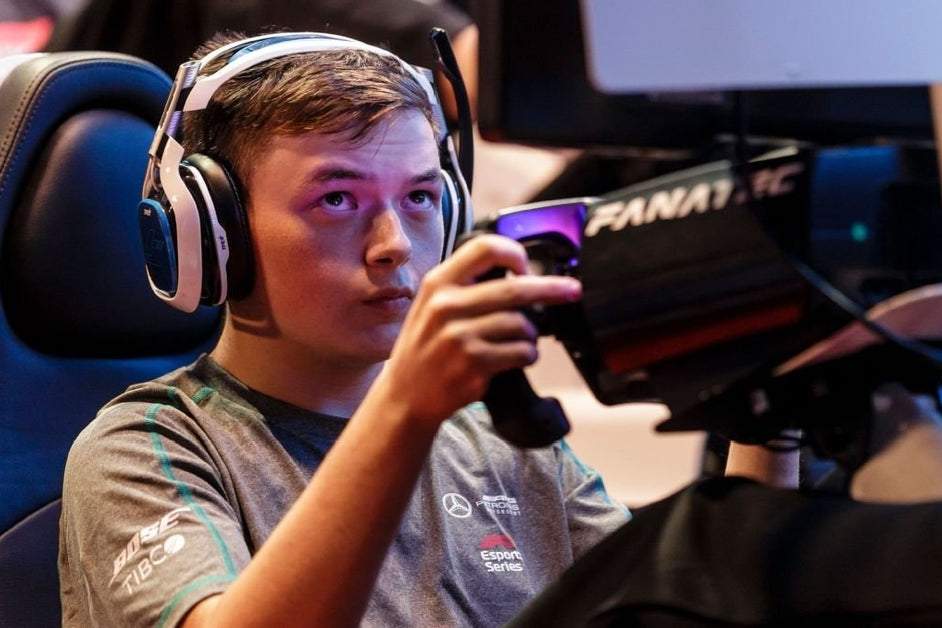 After winning back-to-back F1 eSports Championships in 2017 and 2018, British gamer Brendon Leigh was given the opportunity to race a real sports car.

The 19-year-old, who remains an integral part of the Mercedes eSports team, was recently invited to compete in the BRSCC National Formula Ford 1600 at the Snetterton race circuit. Leigh was invited to become part of the Kevin Mills Racing team for his debut in single-seater racing.

The Reading-born teen crashed into the safety barriers just seconds into only his second race of the weekend. Leigh’s problems went from bad to worse after his crash, with his car subsequently plagued with reliability issues, forcing him to retire in races three and four.

Leigh was invited to spend three days at Snetterton for testing prior to his inaugural race. That practice time appeared to help significantly, with Leigh confidently positioning himself in fifth place on the grid after his first qualifying session. In his first race Brendon eventually finished just outside the podium places in fourth.

However, his track position was later altered down to tenth place thanks to a post-race time penalty. Leigh was deemed to have been “driving in a manner incompatible with general safety” following a challenge from Jonathon Browne. It would be all downhill from there, thanks to his introduction to the safety barriers in race two.

Despite the disappointment, Leigh returned to compete at the Oulton Park Formula Ford race day last month. Although Leigh is making a foray into real-life single-seater racing, he remains firmly focused on taking part in the 2019 F1 eSports Series, which is due to kick-off from September through to the end of the year.

It would appear that Leigh will have a new racing teammate for Mercedes in the 2019 season, with last year’s runner-up and former teammate, Daniel Bereznay, confirming his departure from Mercedes.

F1 eSports has enjoyed an increasing profile both online and offline, particularly with some of the big-name sportsbooks that offer lucrative bonuses and promotions now also providing eSports betting markets. Brendon Leigh has played a big part in raising the profile of F1 eSports, becoming the poster boy for motor racing video gamers.

The prize pool for the 2019 F1 eSports Series has been given a dramatic boost from $200,000 to $500,000, which further serves to underline the commercial support and interest in F1-backed computer gaming as we know it.