Kobayashi: Making a name for myself at Le Mans is a dream 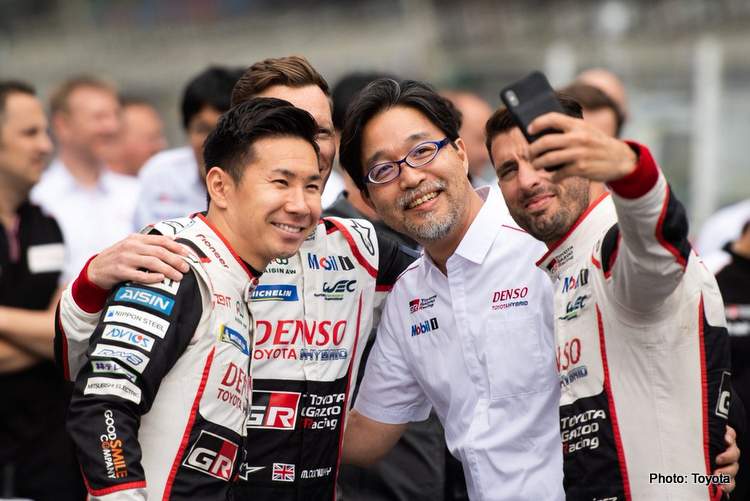 Trailing away behind the #8 Toyota trio in the World Endurance Championship (WEC) drivers’ championship, but that means that the former Formula 1 driver Kamui Kobayashi has the main aim to wrap up the Super Season with his first win at the legendary Le Mans 24-Hours on Sunday.

Kobayashi, a popular and spectacular driver during his time in the top flight, spoke about this weekend’s race at La Sarthe.

This is your fifth participation at the 24 Hours of Le Mans. Does it get better each time?
KK: I loved it the first time, and it’s just as good to come back year after year. It’s no better or worse. I like the circuit and I like the atmosphere. It was a totally new experience in 2013 and it’s a dream to be making a name for myself here.

What do you like most about Le Mans?
KK: Driving! But you don’t feel the pleasure straight away at Le Mans; it builds up as you do more laps. The more you drive, the more things you experience, and the more you enjoy it. It’s hard to explain. It’s really difficult to do a clear lap, but when you do it’s just magical.

Who are your main rivals this year? The other LMP1s or your sister car?
KK: At Le Mans, your biggest rival is yourself! I’m here to do the best job I can and get the best results I can while negotiating all the various aspects of the race. You have to go fast without damaging the machinery. You have to go fast without sacrificing the safety margin. You have to go fast but never forget that your teammates are counting on you. I don’t think about the car. I think about me, what I have to do, and how I’m doing. You’re up against your own fate at Le Mans, even though it’s a team effort. It’s an individual challenge as part of a group.

What do you think the chances are of you and your teammates winning the world drivers’ championship on the evening of the race?
KK: Slim! It’s a shame we had that problem at Spa [sensor failure on the hybrid system] when we were in the lead, otherwise there would have been a good fight here. We would have made it a bit more exciting for the spectators, but it’s pretty much a done deal now. We’ll try to win the race, and add up the points afterwards.

Short of a major incident, it’s unlikely that Toyota won’t win. Does that create any tension between the two sides of the camp?
KK: No. Our main goal is still for a Toyota to cross the line first. Which means that neither our car nor the other car will be taking too many risks. It’s probably a bit of a shame from a sporting point of view, but the priority is for the team to win.

The weather was great on Test Day and Toyota clocked a lot of laps. Would you say that Toyota’s preparation has been the best possible going into the 2019 24 Hours?
KK: I suppose there’s no such thing as perfection when it comes to preparation. The only thing I can say is that we’ve done everything we set out to do. We’ve ticked all the boxes. We’ve checked the systems, the drivers have got their bearings, and so on. There’s no point tweaking the settings too much as they change depending on the tyres used during the race. It would have been unrealistic to spend too time on that.

How did you kill the time between Test Day and Scrutineering?
KK: By shopping in Paris!