Outside Line: Bring on the fight Charles, the time is now! 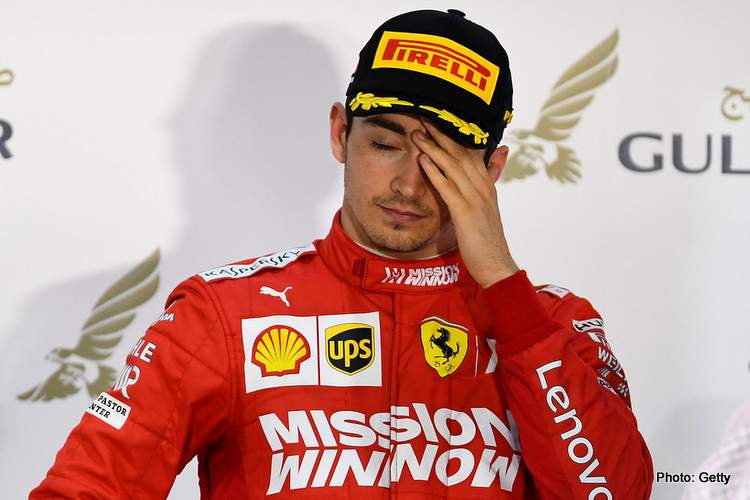 He may have endured a dismal race last time out in Monaco, but the mission for Charles Leclerc is clearer than ever: become Ferrari’s number one driver.

It had to happen eventually. Charles Leclerc, golden child of the Ferrari driver programme, had a… wait for it… bad race.

Shocking news, I know, and yes his Sunday in Monaco wasn’t all his fault – well, unless he put sleeping pills in the pit wall’s coffee on Saturday – but there’s no escaping the disappointment of his performance.

Still riding high off the adrenalin of some audacious passes into the hotel hairpin and rascasse, the Monegasque decided to go for it again at the latter, where Nico Hulkenberg wasn’t willing to play along, instead giving him a friendly nudge into the barrier.

One puncture later, Leclerc was doing exactly what you’re not supposed to when on three wheels, frantically speeding back to the pits, discarding half of his floor in the process. His race ruined by his own impatience.

Of course, it wasn’t like a podium was ever a possibility, but it was still a costly tantrum given he could’ve scored points Ferrari desperately needed.

And yet here’s the thing: as underwhelming as Leclerc was in Monaco, it’s given him a tremendous opportunity heading into Canada. An opportunity to seriously redefine his position within the Scuderia.

Unless Mercedes decide to swap chassis with Williams, the 2019 constructor’s title is done and dusted, and that means Leclerc should no longer feel beholden to any sort of deal that protects Sebastian Vettel’s position as the team’s number one driver.

We already saw in Bahrain and Baku that Leclerc can be quicker than Vettel, and with the German similarly removed from a shot at the driver’s title, team orders should no longer stop them from having a straight fight.

Furthermore, having made two big errors in the past three weekends, Leclerc can use Montreal to prove his own ‘bounce-back-ability’ after a rough patch – something Vettel seriously lacked as the team leader last year.

After all, it’s almost a guarantee Mercedes will have a strong package again next year, and if Ferrari are to win a close fight, they’ll need a lead driver who doesn’t let past disappointments get to him.

In that respect, Leclerc would do well to follow the blueprint laid out by Max Verstappen in the past year. Even more than Leclerc, there was never any doubting his ability, but six mistakes in six races to begin last season had many asking whether he was ready to be the number one at Red Bull – flash forward to now and it’s no longer a question.

Just as the Dutchman did, if Leclerc can keep his self-belief while being honest about his shortcomings, he’ll be able to take the fight to his teammate, with a very real possibility of beating him.

And no, Vettel isn’t going to roll over, but he shouldn’t expect any more favours in those “50-50” situations, as Mattia Binotto has called them. If Leclerc finds himself in a similar position to the one he did early in the race in Barcelona, he should just go for it, and let Binotto and co. deal with it later, if they must.

This is no longer a season about winning, this is a season about building for the future, and that means it doesn’t matter whether one driver is ten years older, or has four world championships, if the other is faster, he should take number one status.

Bring on the fight, Charles – the time is now!