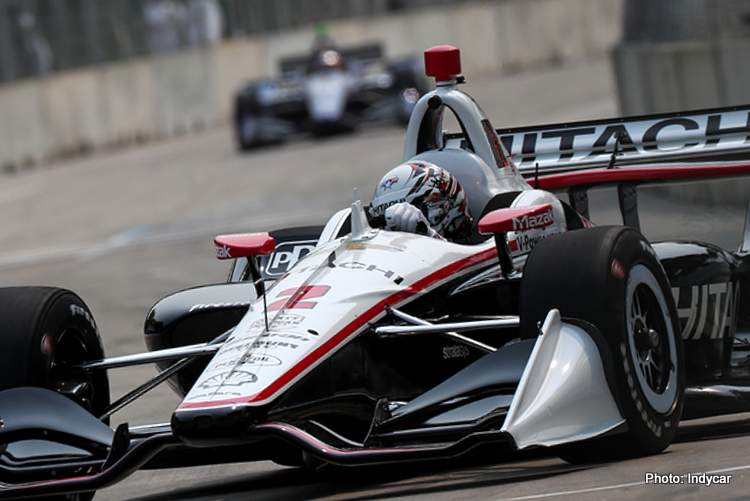 The Team Penske driver led the final 25 laps of the event on the 2.35-mile, 14-turn temporary street course on Belle Isle Park. Driving the No. 2 Hitachi Chevrolet, Newgarden held off pole sitter Alexander Rossi by 0.8237 of a second for the victory.

The start was delayed more than an hour after a thunderstorm moved through the area. The race was shortened from its scheduled 70 laps to a 75-minute timed race with 43 laps completed when the checkered flag waved.

The second race of the only doubleheader on the NTT IndyCar Series schedule is scheduled for Sunday.

Indycar declared a wet start to Saturday’s race, mandating all cars to start on Firestone rain tires. Rossi led the first 18 laps in the No. 27 NAPA Auto Parts Honda, as the track began to dry. Running fourth, Newgarden was among the first drivers to pit for dry-condition slick tires on Lap 17 and benefited by a full-course caution being called at the time he entered pitlane after Ed Jones slid into a tire barrier in Turn 7.

Newgarden inherited the lead when Rossi and the other frontrunners had to pit for slick tires on Lap 19 during the caution period and he was never headed. It was the 12th win of the Tennessean’s eight-year NTT IndyCar Series career and second this year. Newgarden won the season-opening Firestone Grand Prix of St. Petersburg in March.

The triumph was also the 267th in Indy car history for Team Penske, more than any other team. On the heels of Simon Pagenaud’s sweep of May’s two races at Indianapolis Motor Speedway, team owner Roger Penske’s drivers have won the last three series races.

Newgarden also vaulted past Pagenaud into the championship lead after seven of 17 races. Unofficially, Newgarden holds a 25-point advantage over Pagenaud, who finished sixth on Saturday. Rossi is third in the standings, 33 points behind Newgarden. 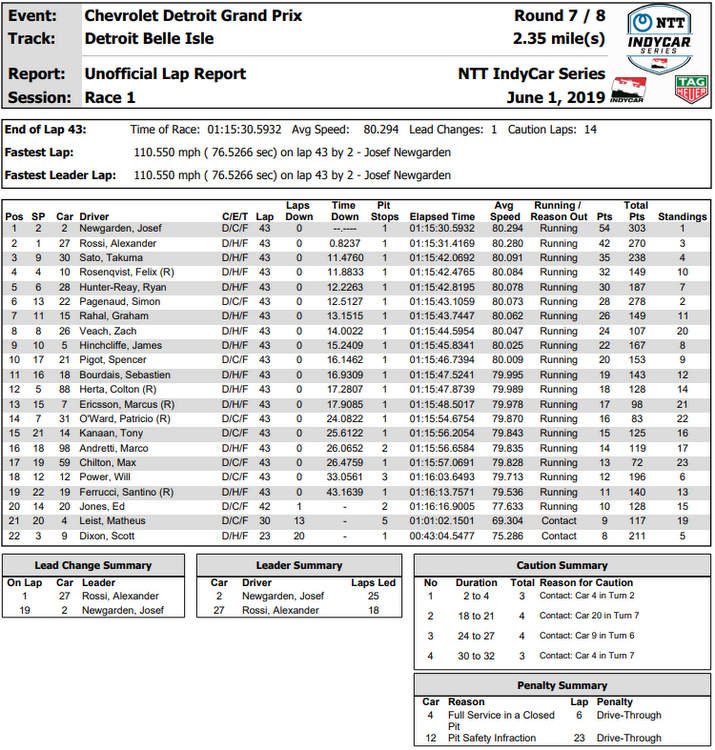