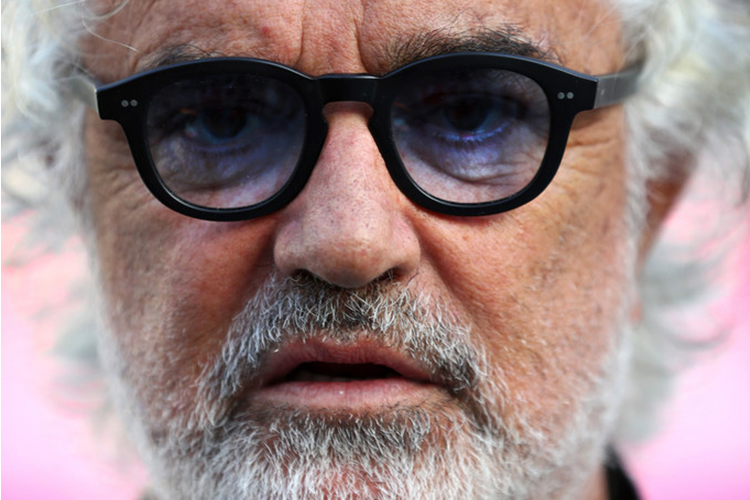 It’s open season on trash talking Ferrari in Italy, needless to say among the loudest hecklers is Flavio Briatore who has never been shy to speak his mind.

Could the former Formula 1 world champion team boss and mentor to greats – Michael Schumacher and Fernando Alonso – be making a play to help the Reds out of their misery? Maybe he should…

Amid the barrage of criticism, the consensus among experts and pundits is that Mattia Binotto is the man to lead the team but he urgently needs help. The ousting of Maurizio Arrivabene is proving to be a blunder as the pair should have been given no choice but to work together. Offers they could not refuse spring to mind…

Speaking on Italian Capital Radio 1 this week, Briatore could not resist the team principal within him when discussing how Ferrari blundered Charles Leclerc’s qualifying session at his home Monaco Grand Prix.

The former Benetton and Renault F1 chief declared live on radio, “No, no and no, I would never have made that mistake, not even my son would do it. Monte-Carlo is a track that changes in seconds, speed increases, so we have to keep the drivers out.”

As for the Ferrari SF90, Briatore said, “The car is not slow, it’s that the others have become stronger, even Red Bull are not there, they have a problem with aerodynamics, let’s hope they can resolve it.”

“Mercedes is very strong, the only competition we will have is between Hamilton and Bottas. To beat them, Ferrari needs to find eight or nine-tenths. Mercedes will dominate again, nothing has changed compared to last year.”

After the Spanish Grand Prix, he also slammed the Reds, “Ferrari slow? The car has been like that for eight years. In addition, they already started with excuses from the first race, so if you start like this, it will be very difficult for them.”

He also lamented the state of the current F1 era,  “What we have now is a tire championship instead of one for drivers The racing is so technical, you only hear about tyres instead of talking about a gladiatorial fight between drivers.”

Although Briatore will probably be remembered as a villain of the sport by many, what cannot be erased is the massive role he played in the careers of Schumacher and Alonso. The flamboyant Italian marketing man turned F1 entrepreneur was quick to be convinced of their talent and in turn, gave the pair a platform to win four F1 titles – two each – under his watch.

While the ‘win-by-hook-or-by-crook’ ethos tended to prevail in the teams that he lorded over, the truth is he had some very high profile and respectable ‘clever guys’ on his side and fully complicit in the shenanigans, perhaps even suggesting them – but Flav is unlikely to rat on them.

Although his actions cannot be condoned, he was not alone in engaging the dark arts of F1, however, it should be noted the time he went down he did so taking the rap and protecting others in the process.

With some of his former accomplices now occupying positions of power in the sport, it could be argued, he has been out of the paddock in an official capacity a decade or so, he has served his sentence. Time to move on because he could still be good value and headlines.

Perhaps a dose of Flavio in the paddock is exactly what the F1 sitcom needs. Granted, not as Ferrari team chief but something on the lines of what Helmut Marko is to Christian Horner and Adrian Newey at Red Bull. The consultant. A necessary evil;-)

As politically incorrect and far fetched as this may be, it makes sense for someone to be taking the spotlight away from Binotto so he can sort out the engineering side in order to produce a decent car. His strength is technical, so let him focus on that.

Short of bringing back Maurizio Arrivabene, Flavio could well be the vacuum-cleaner that sucks up all the crap that Binotto has to deal with on race weekends when he should be in the garage with his engineers.

Instead, Mattia is firmly in the line of fire forced to deliver painful excuses to the media that once howled approval of his rise to Capo but now feast on his shortcomings. All brought about by a severe lack of insight by those who preside over Maranello in the post-Sergio Marchionne era.

And that’s why Binotto needs help fast before he has a nervous breakdown or decides he can’t stand the heat and decides to leave the furnace. Pressure does funny things to men.

Therefore, much as what Luca di Montezemolo did for Jean Todt during the glory years, Flavio could do the same for Binotto. Again think Marko-Horner-Newey.

Put it this way, Ferrari need someone fast and they could do a lot worse than Flavio. Not something I would have ever imagined I would suggest before now, but seriously think about it.