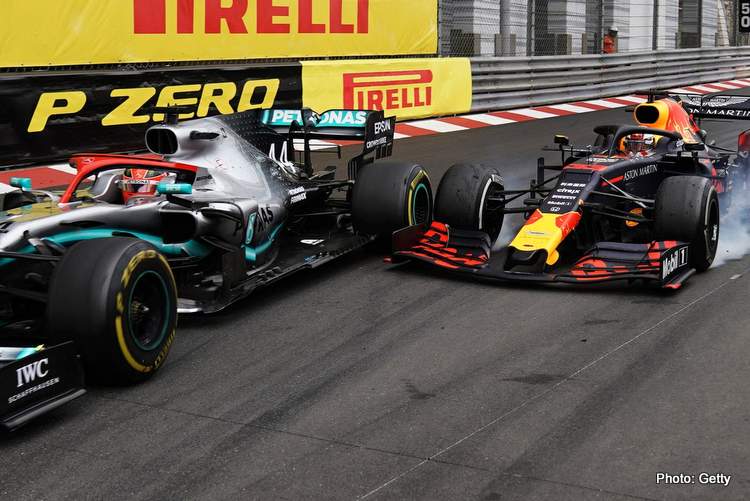 Max Verstappen was deservedly voted Driver of the Day for his performance during Sunday’s Monaco Grand Prix, the Dutchman crossed the finish line in second place but five-second penalty demoted him to fourth in the standings after a drive that clearly impressed his Red Bull boss Christian Horner.

Verstappen was top value during the race through the impassable streets of Monte-Carlo as he relentlessly pursued the Mercedes of leader and eventual race winner Lewis Hamilton.

While the World Champion struggled on fast degrading Medium tyres, Verstappen was comfortable with his tyres and an expected overtake of the ‘ailing’ Merc was expected but never happened.

Nevertheless, Horner was impressed, “Max drove the wheels off the car today. He got away in grid position and had a look at passing Bottas into turn one but wasn’t quite far enough alongside. The mechanics did a great job with the pit stop and Max left the box before Bottas which, as per the rules, is fine.”

“Unfortunately, it all got a bit too tight resulting in the Mercedes making contact with the barrier and the stewards issuing Max a five-second penalty.”

“Max drove like a lion for the rest of the race and tried everything he could to pass Lewis. We had a better tyre strategy and there was only really one lap where he got close to making a move into the chicane.”

“Finishing second on the road, but with the top four so close, he was denied a podium. Finishing fourth is tough for Max today after a drive like that but as always, he didn’t give up until the checkered flag.”

While Hamilton complained bitterly over the radio about the wrong choice of tyres and his struggle to stay ahead, Verstappen had no answer because it later emerged that he left the pits in the wrong mode, having forgotten to activate the more effective mode as he left the pits. Once on track he was unable to revert to the ‘quicker’ mode which cost him substantial power loss according to Honda.

Verstappen explained, “Once on track you’re stuck with it and we only did one stop. Normally I would always go back, but of course with the touch, looking in the mirror all the time, and then I think the team were also a little bit shocked with the whole thing, they were also checking for damage.”

“Normally they remind me but obviously it’s my job to still do it. I also forgot with all the hectic scenarios,” added Verstappen after the race, confirming his oversight.

While fourth was an unkind reward for his efforts, the penalty he received was not his fault – he was released blindly into Bottas’ path –  furthermore, his dogged chase of Hamilton, rattling the Mercedes driver as the Red Bull stayed planted within striking distance was top notch.

And when he did make his move late in the race, it was optimistic but there was no collision.

It is clear Verstappen has matured and become a far wiser racer than he was a year ago. Right now he is up there with Hamilton as one of the two drivers who are the class of the grid this season.

Big Question: Are Max and Lewis the two best drivers on the grid at the moment?