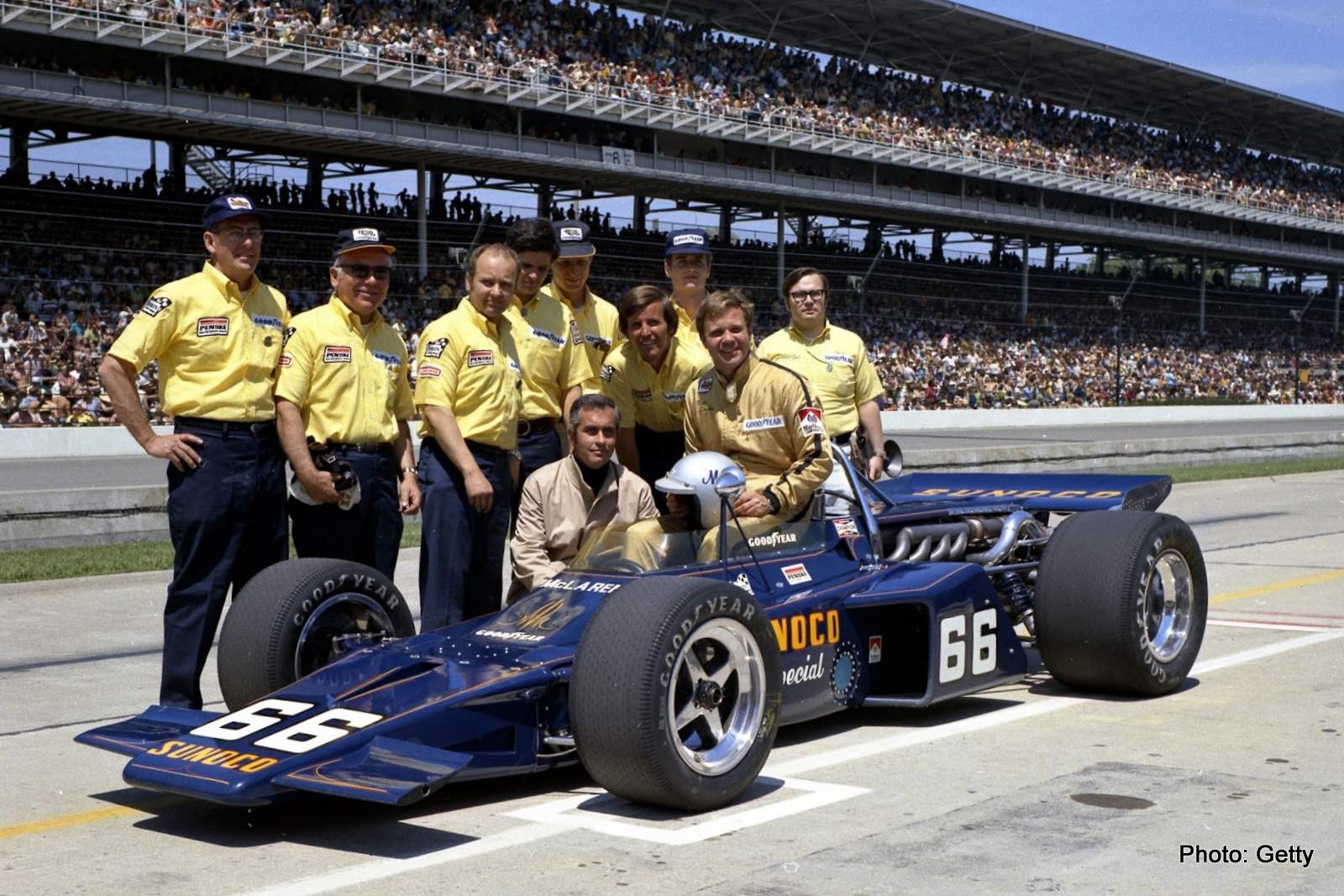 His hair was jet black and his shirt starched white when Roger Penske rolled into the Indianapolis Motor Speedway for the first time as a team owner with Mark Donohue behind the wheel.

He was young and ambitious and ready to conquer the racing world. Much has changed in the ensuing 50 years.

The old race track has undergone massive overhauls, the original Gasoline Alley razed long ago and replaced by a new garage area. Technology has revolutionized IndyCar racing. An entire generation of race fans has turned over, their kids and grandkids now turning up at the speedway on Memorial Day weekend.

Penske is no longer young, either. He’s now 82.

But as he celebrates his golden anniversary at Indianapolis, it quickly becomes clear that plenty has remained the same. Penske still wears those crisp, white shirts. He is still ambitious, dogged in his pursuit of racing immortality. And while he may spend a bit more time on his boat these days, the truth is that racing remains his passion more than it has ever been a profession.

“You know, the work ethic, the go, it really hasn’t changed,” said Rick Mears, who won four of Team Penske’s record 17 Indy 500s. “He’s always said, ‘This is my golf game.’ Auto racing is his hobby and he loves it, especially here at Indianapolis. He just lights up.”

The love affair actually began in 1951, when Penske’s father, Jay, brought his son to the fabled speedway for the first time. There was little to remember about the race itself — only eight cars were running by the finish, when Lee Wallard took the checkered flag. But the young Penske was mesmerized by the speed and sound, his interest in all things auto racing solidified that afternoon.

“I remember we sat down off the fourth turn and could hardly see the cars go by,” Penske said this week, “and I guess at that point I was injected with motor racing and really wanted to drive here.”

For a while it appeared his passion would manifest itself behind the wheel. Penske began to carve out his name in lower-tier series, and he was even offered a rookie test at Indianapolis.

But Penske’s father had always encouraged him to be an entrepreneur, and the business side of the sport was just as appealing. So when he turned down the test and a young Italian named Mario Andretti took it instead, Penske’s career began to change course.

He soon retired from driving to focus on his successful car dealerships and in 1965 launched Penske Racing at the 24 Hours of Daytona. Four years later, he was back at the Brickyard as a team owner.

Donohue finished seventh that first year, and second the next, before finally reaching victory lane in an Offenhauser-powered McLaren in 1972. It began a period of sustained success unlike anything in the history of motorsports: Mears won his first 500 in 1979, Bobby Unser won two years later. Danny Sullivan delivered his infamous “spin and win,” and a series of Brazilian drivers — Emerson Fittipaldi, Gil de Ferran and Helio Castroneves — continued to elevate the team to new heights.

“The first time we ever had words, I was sitting on pit lane trying to qualify in ’77,” Mears recalled. “I’d already made two attempts and was scratching my head, trying to figure out what I needed to get another mile-an-hour out of the car, when I heard, ‘Hey, Mears!’ It was Roger, walking my way.

“He said, ‘How’s it going?’ And I said, ‘I’m really struggling. Trying to figure out what I need,'” Mears said, expecting some sage advice. Instead, Penske turned to him and said: “Well, just don’t stick it in the fence. That’d be the worst thing you can do.”

It was good advice. But little did Mears know, Penske had his eye on the young hotshot driver, and would hire him to drive the following year. It’s a story that helps to illustrate what has made Penske so successful: He’s personable and charismatic, yet hard-working and humble, with a keen eye for details and the ability to identify talent and then squeeze the best out of it.

“You see the commitment he has,” Castroneves said, “and it’s unbelievable, and what he feels really translates to everyone, and it becomes your main goal. You just want to make him proud.”

Not everything has come up roses in victory lane, of course. There has been plenty of heartache along the way.

Donohue was killed in 1975 while practicing for a Formula One race, and Penske would shutter his F1 team a couple of years later. In 1995, the team failed to qualify a single car for the Indy 500 after it had dominated the race the previous year. And the open-wheel split that jeopardized the very existence of the Indianapolis 500 kept Penske from competing in 1996-2000.

“Probably one of the biggest mistakes I made in racing,” Penske said. “But you know, racers have hard heads and I guess I had a pretty hard one in those days.”

Penske won his first year back to the Brickyard, ushering in a new era of sustained success that extends far beyond IndyCar. In recent years, Brad Keselowski and Joey Logano have given the team NASCAR Cup Series championships, Keselowski won the Brickyard 400 to give Penske a NASCAR win at Indy, and Penske made a much-anticipated returned to sports car racing last year.

Then there is IndyCar, where the silver-haired motorsports maestro has won three of the past five series championships and has the defending Indy 500 winner in Will Power.

Penske has a good chance to win again Sunday, too, with all four of his cars starting from the first four rows. Simon Pagenaud will lead the way after winning the pole last weekend.

“I’ve said it before, we build our brand around the country with success at Indy,” Penske said. “I just think there’s no place like it. Everybody wants to win here, and to me, this is something that I want to do as long as I can.”