Binotto: I think we made a mistake 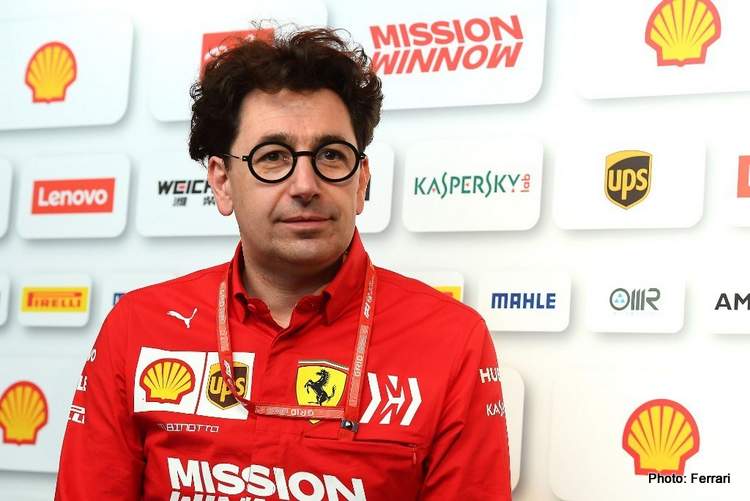 Ferrari messed up on the biggest stage of all during qualifying for the Monaco Grand Prix on Saturday, leaving local hero Charles Leclerc home race hopes in tatters.

With the 21-year-old Monegasque demanding answers after being left 16th on the starting grid, Ferrari boss Mattia Binotto accepted the sport’s oldest and most successful team had, not for the first time, got their sums wrong.

“It is not a good day for us certainly,” the Italian told reporters in the team’s harbourside hospitality after a session that saw Ferrari’s qualifying blunder broadcast around the world. “I think we made a mistake. It has been a misjudgement, a wrong evaluation of what we call the cut-off time.”

Leclerc had been told he did not need to do another lap in the first phase of qualifying, Ferrari believing his time was good enough for him to go through and that they could save a set of tyres.

It proved otherwise, with the drop triggered by his own teammate Sebastian Vettel, who had crashed in final practice, putting in a fast lap in the dying seconds to escape the bottom five and top the session.

Leclerc, pushed over the edge into the bottom five, was already in the garage and could do nothing.

“What happened today was the margin that we applied was not sufficient,” said Binotto, explaining that track conditions had improved significantly late in the session and the team’s calculations had not allowed enough for that.

Binotto said that, with dominant Mercedes having won the first five races in one-two formation and running away with both championships for the sixth season in a row, Ferrari had to be bold to close the gap.

“When you need to catch up, you need to take some risks as well. Today we took some risks to perform as well as we could in Q2 and Q3 (the second and third phases) against our competitors,” continued Binotto.

The risk, however, was also of not even getting to the later phases.

Leclerc, who had gone into the weekend hoping to become the first Monegasque to stand on his home podium since Louis Chiron in 1950, was stunned by the blunder that left him hoping for rain or chaos.

Monaco is famed as a circuit where overtaking is hard in the extreme, with the showcase race around the tight city streets one of the most watched but often processional and won by the driver on pole position.

“It’s disappointing to be out in Q1 in a Ferrari but even more so at home and even more on a track like this where you can’t overtake. We can’t afford to do these things. It’s just a big, big disappointment,” lamented Leclerc.

Big Question: Is the headline quote the understatement of the year thus far?