It’s official, Ferrari are in crisis! 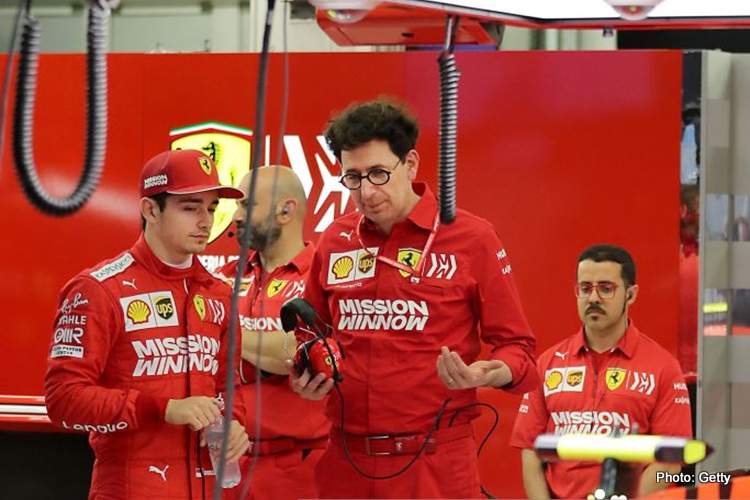 It’s official, Ferrari are in crisis! Italian media have officially declared a crisis at Maranello after the team’s dismal start to the season coupled to their disappointing Spanish Grand Prix on Sunday where they may have dropped to third in the pecking order and way behind Mercedes.

Post-Barcelona stats show that in qualifying the Reds were short eight-tenths of second to the pole-winning time set by Mercedes driver Valtteri Bottas and, a day later, Sebastian Vettel was 20 seconds behind race leader Lewis Hamilton on lap 18 of the race. Had the safety car not concertina-ed the field late on in the contest the deficit might have been over a minute.

Needless to say, this did not go down well with the Italian media, who not long ago were baying for the blood of Maurizio Arrivabene, are now questioning the wisdom of putting Mattia Binotto in charge of the world’s most famous race team.

In Spain, after locking out the front row in qualifying, Mercedes went on to power to their fifth one-two finish of the season – Hamilton first and Bottas second – neither bothered by challengers while Ferrari were only good for fourth and fifth with Sebastian Vettel followed home by Charles Leclerc.

Since Sunday evening the headlines in Italy were ruthless as they trumpeted: “Spanish siesta”, “Red Bull the thorn in the side of Ferrari” and “Mercedes and Red Bull grow, Ferrari remains stagnant with all its updates” to mention a few.

Editorials were all pretty scathing but at the same time showing respect by tipping their hats to Mercedes and the powerhouse team they have become under Toto Wolff’s watch.

Daniele Sparisci wrote in Corriere Della Sera, “The red crisis is profound and, in Barcelona, it exploded in all its gravity. The return to Europe was to be the turnaround, instead it was the lowest point of the season.”

Corriere Dello Sport led with the headline “Ferrari Crisis” and wrote: “Total domination by Mercedes in Spain, they have managed a fifth consecutive double win in five Formula 1 races. Ferrari suffer another knockout blow. The world championship is slipping away from the drivers of Maranello.”

Formula Passion summed up: “Despite the many new updates brought to Barcelona, Ferrari could not even make it to the third step of the podium.”

But it was Ferrari insider Leo Turrini, Italy’s F1 poet of sorts, who asked the most pertinent questions: “Who will the Binotto report to tonight? To himself? To Elkann? To Camilleri? But then, who is Camilleri? The truth is that… there is no one. And with this in mind, we can understand everything that is wrong.”

Binotto: Is it only downforce or is it more than that?