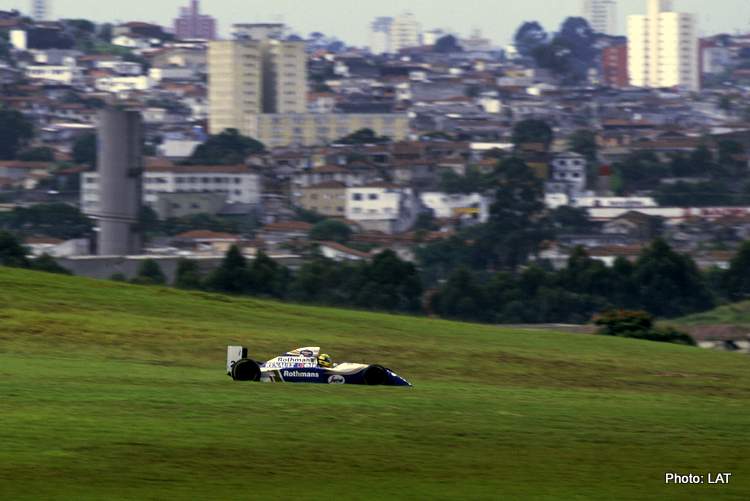 Brazilian president Jair Bolsonaro announced on Wednesday that the country’s grand prix will be held in Rio from 2020 onwards, with a new track to be built in the city’s Deodoro region.

He suggested the new track, to be named after the late triple world champion Ayrton Senna and funded by private investment, could be built in six to seven months.

Speaking to Reuters at the Spanish Grand Prix, Bratches said he had not read Bolsonaro’s exact words but indicated approval for a move while pointing out a possible contractual obstacle to the time frame.

“We’ve got a contract with our incumbent promoter through the 2020 grand prix,” he said.

“Brazil generally and Rio specifically are very attractive to us from a race standpoint and we’re flattered by the interest.”

Alex Wurz, a former grand prix driver who now runs a circuit design business, said building a new track in time for next year’s race would be possible although it would take longer then seven months.

This year’s Brazilian Grand Prix is scheduled for Nov. 17 as the penultimate race of the season, with next year’s calendar yet to be decided.

“If it’s from scratch and they don’t have any roads down, they would need to be very advanced with not only their detailed planning but also tendering to find the correct contractors to build the place,” Wurz told Reuters.

“In a crash programme for the civil engineering you could maybe manage in six to nine months but that’s pretty magic.

“The building, depending on what infrastructure they want to build, would take longer but you can operate also in temporary structures. I would think realistically that you need 12 months preparation in a crash programme.”

The current race at Sao Paulo’s Interlagos, Senna’s home track, is popular with Formula One drivers.

“I heard some rumours but I think it’s a shock,” said Ferrari’s Sebastian Vettel of the planned switch. “I think Interlagos is a great place, a lot of history.

“Who knows, in the future, if we go back? It’s a great place, so it’s a real shame. I’m sort of a fan of hanging on to old things. It would be nice to go back very soon. Maybe have two races in Brazil, since the crowd is usually quite amazing.”

Rio hosted Formula One races between 1978 and 1989 at the Jacarepagua track that was built over for the 2016 Summer Olympics.