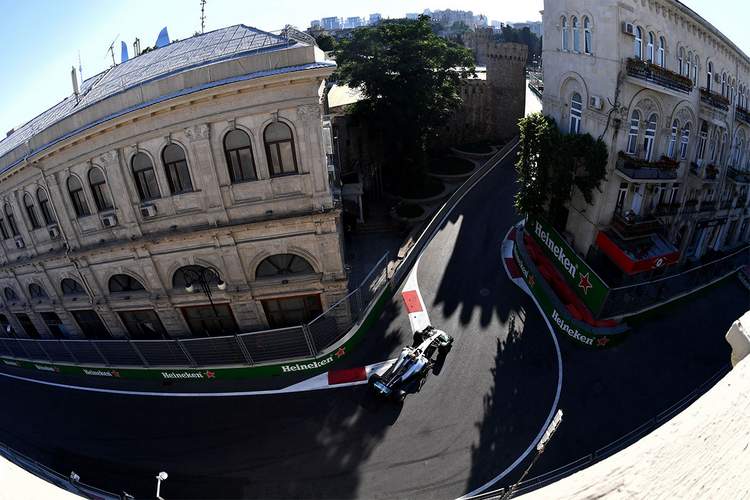 The Azerbaijan Grand Prix would like to move back to June from its current April slot on the Formula 1 calendar, race promoter Arif Rahimov said on Thursday.

“The weather (in June) is a bit more predictable, the build-up is easier, you have less winds, less rains, it’s warmer overall,” he told reporters ahead of Sunday’s race in Baku.

Azerbaijan made its debut on the calendar in 2016, running as the European Grand Prix that year. That race and the following one were held in June.

The grand prix was moved to April last season, with France taking the June slot, and is set to stay on the calendar until at least 2023 after a contract extension agreed earlier this year.

Race organisers’ desire to hold the race in June next year could be complicated by Azerbaijan hosting four European championship soccer matches, however.

“It’s good to create this festive feeling for three weeks, it’s perfect,” said Rahimov of the prospect of potentially having the race fit in either just before or between the Euro 2020 matches.

“On the other hand, given the logistics and the logistical restrictions of F1, we have to stick to some guidelines to see where we can actually make it happen.”