Ecclestone: Formula E will grow and Formula 1 will suffer 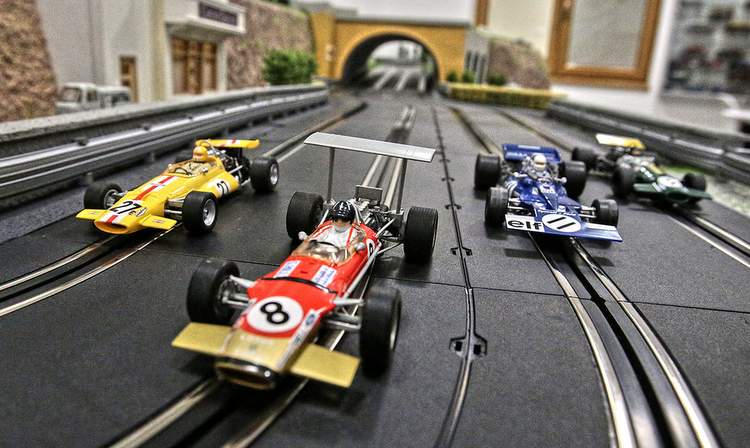 Bernie Ecclestone may have been to more Formula 1 Grand Prix races than any person but if the former supremo could shed the years and start over, he says he would probably embrace electric racing.

As the sport noisily celebrates its 1,000th world championship race at Sunday’s Chinese Grand Prix, the 88-year-old Briton — who once lambasted the current F1 engines as too quiet — spoke of a more silent future.

In an interview on Wednesday, he said Formula E, as sure to grow with manufacturer involvement, “It’s a different form of entertainment but Formula E will begin to get much, much bigger and better, which is slowly what they are doing anyway. And Formula 1 will suffer because of that.”

Asked which he would choose if 50 years younger and given the opportunity to run either, the Briton replied: “My heart and everything is always with Formula 1, so I’d have to say Formula 1, but I’d be a little bit concerned about Formula E for sure.”

And if the head held sway over the heart, considering it purely as a business proposition?

“I think I’d have to say Formula E,” answered Ecclestone. “There’s more chance there of big, big expansion and more chances commercially than there is of changing things in Formula 1.”

For decades Ecclestone was Mr Formula One, the man who did the deals, turned the wheels and transformed the sport into today’s billion dollar business.

Moved aside in 2017 when U.S.-based Liberty Media took control, and given the title of chairman emeritus, he will not be in Shanghai.

He was, however, present at the 1950 British Grand Prix at Silverstone that launched the world championship, competing in a 500cc Formula Three race at the old airfield.

“I can’t remember whether I was impressed or not. I doubt it. I only wanted to get on with what I was supposed to be doing,” he said.

Yet to attend a race this year, missing Bahrain after being laid low by a bout of food poisoning, he remains sceptical about whether China is really the 1,000th Formula One Grand Prix.

The tally being celebrated includes 11 editions of the Indianapolis 500, as well as races run to Formula Two regulations.

“I never bothered to check and I only know what somebody told me a little while ago, but more than 800,” added the billionaire when asked how many races he had attended. “I don’t know exactly how many.”

In 1958 he entered the Monaco Grand Prix as a driver, without starting, “I entered it. Successfully entered. Didn’t successfully qualify. There used to be 16 cars to qualify in those days and I missed out.”

A number of races are seared in the memory from an era when motor racing was at its deadliest and drivers attended funerals with grim regularity.

“Maybe Casablanca where Mike (Hawthorn) won the (1958) championship and Stuart Lewis-Evans got badly burnt and subsequently died. That was a bad race. There’s been lots of races like that,” he said when asked which ones stood out.

“Monza when I lost (Austrian) Jochen Rindt, when he got killed (in 1970 and became the only posthumous world champion). People that are close to you, that you lose.”

Famed for keeping a poker face, Ecclestone said there had been many times when the emotions bubbled through, “Most times, actually. I manage not to show it too much. Tears cried, that sort of thing? Very often. When things upset me.”

He still avoids funerals, and said jokingly he did not intend to be at his own either.

Ecclestone, who had managed Rindt, took a step back but returned as owner of the Brabham team a year later.

“When I bought Brabham, in one of the very first meetings I went to, they (the other team bosses) asked me would I look after things because they knew I was a good used car dealer, so maybe I’d be the right guy,” he said. “That’s when it all started really.”

He singled out Britain’s 1992 world champion Nigel Mansell as one of the best for creating column inches but put Frenchman Alain Prost, a four-time champion, as top of his list.

“He was always in a team that had a very strong other person in the team racing against him, so he didn’t get a lot of help,” he explained.

“He was on his own, in the car. The flag dropped to start the race and he was there to the end looking after all the things, the gearbox, engines and brakes. Today these things don’t happen like that.”

Ecclestone could see five-times champion Lewis Hamilton matching Michael Schumacher’s record of seven championships and 91 wins but said his money was still on Ferrari’s Sebastian Vettel to triumph this year.

“I thought he was going to win easy,” he said of a prediction that has looked shaky since teammate Charles Leclerc outshone the German in Bahrain. “I (still) think he’s going to win. But not easy.”