Hakkinen: Max is very talented but racing is not damaging the other guy 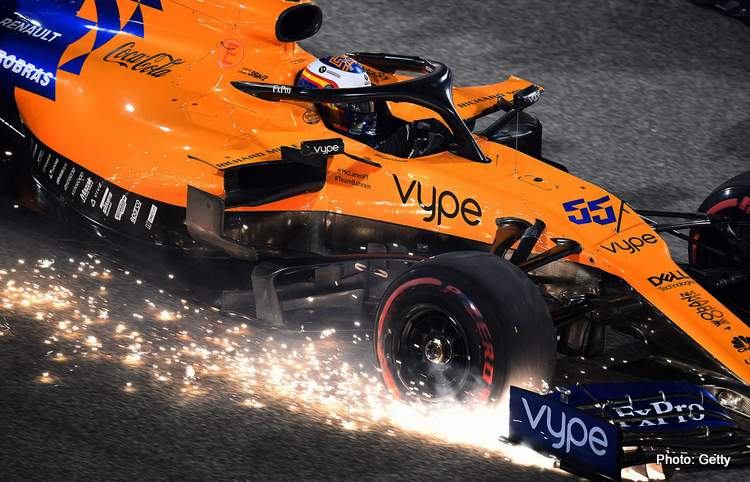 Mika Hakkinen won his two titles with McLaren in the nineties, thus no surprise he has a soft spot for the Woking outfit and after the Bahrain Grand Prix, he had some choice words for Max Verstappen.

The Red Bull driver and McLaren’s Carlos Sainz were battling furiously for fifth place on lap four when the orange car picked up a puncture when it was tagged by the blue car.

That compromised the McLaren driver’s race and led to his second DNF of the season.

Although seething immediately after he arrived in the pits, Sainz later said he had no complaints, “It’s racing, it’s incidents. All I can say is that I started well, I did all I had to do and tried everything I had to try and I ended up worse off. It was my turn to get puncture thanks to how hard he hit me.

“The normal thing would have been that we both got a puncture and to be both out of the race. He was lucky to continue, but he hit me really hard and that was it,” lamented Sainz.

But Hakkinen pulled no punches when he wrote on the subject in his Unibet column, “It should have been a great race for the McLaren of Carlos Sainz, but his car suffered damage in a collision while battling for fifth position with the Red Bull driven by Max Verstappen.”

“The young Dutchman is very talented, but racing hard does not mean damaging the other guy. You have to give room, if not for the other guy then at least for yourself.

“I was not surprised Carlos was upset afterwards. However, the good news is that McLaren look competitive, which means Carlos has more positive days ahead.”

With Ferrari and Mercedes clearly ahead in the power stakes, Red Bull look to be in the no-mans-land between the Top Two and the Best of the Rest, the latter about 1.2 seconds shy of the pacesetters, the Blues are in between the two ‘divisions’ for now.

Hakkinen added, “Behind them Red Bull Honda has work to do, so although I expect Max Verstappen to be challenging for the front two rows of the grid, a repeat victory for Red Bull this year seems unlikely.”

Big Question: Is Max too aggressive when defending?

Hakkinen: Leclerc is going to add a lot to the season ahead