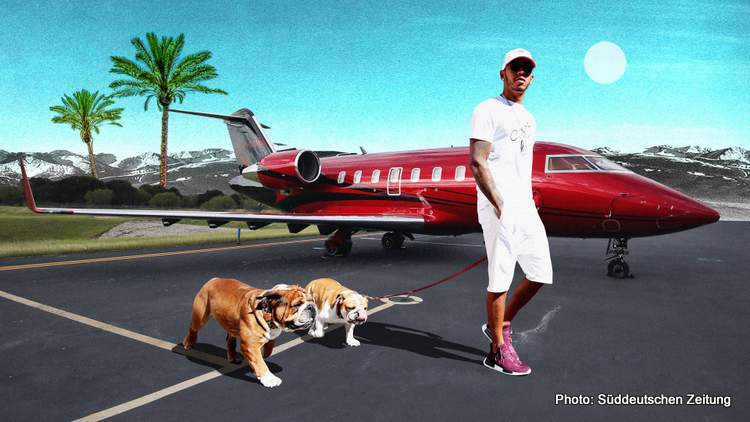 Lewis Hamilton is now the highest earner in Formula 1 history, topping Michael Schumacher who retired from the top flight at the end of 2012.

Forbes reports that Hamilton is almost a half-billionaire, the five-time F1 World Champion banking $489-million since he made his debut with McLaren back in 2007.

Incredibly, Schumacher is number two on the list the seven-time F1 World Champion, with 91 wins still remains the most successful driver of all time.

For a decade the German was the best-paid driver on the grid, his retainer with Ferrari in his heyday tickling $40-million per year. Hamilton usurped that with his Mercedes deal said to be worth $50-million per annum.

Fernando Alonso also did very well in a career that began in 2001, the Spaniard’s earnings skyrocketed after his back-to-back titles in 2005 and 2006.

He reportedly banked around $25-million with McLaren in 2007, and when he finally made it to Ferrari he was earning $35-million per season. His annual deal with Mclaren was said to be worth $40-million.

Perhaps the most surprising big earner on the list is Ralf Schumacher who banked a hefty $121-million in his 182 Grand Prix starts of which he won sixth. His three years with Toyota were extremely lucrative in a project that leaked money with zero rewards. 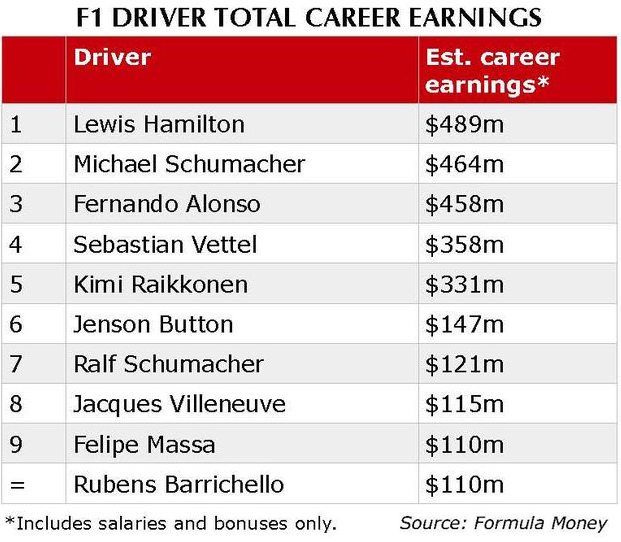